Everything you should know about the life experience of OAU Lawyer turn Comedian, Mc Lively

Over the years, Nigeria Entertainment Industry has been known for its dynamic and unequaled prowess. This can’t be said to be far fetched because of the dire, nervy energy and drive among youths in the country and also the usability of the internet which has made this very much possible and easy. As one can get his or her skills, business across millions of people with the help of the internet.

Among one of these youths of vigor, who has risen to stardom due to proficiency and through the help of the internet is MC Lively.

Sani Michael Amanesi popularly known by his brand name MC Lively is one among many sensational acting comedians in Nigeria whose rave has been circulating the internet due to his immense creativity and how he relates his skits with present phenomenons.

MC Lively being an indigene of Edo State had grown up in Ile-Ife with his family. Born into a family of seven on the 14th of August.
MC Lively had recorded in one of his interview sessions that while growing up he was energetic, lively (which got him his nickname), and stubborn which accrued several punishments from his mom to the extent he started doubting whether he was adopted or a biologically birthed.
It was worthy of knowing that MC Lively was a chorister while growing up and that suffices for his gospel singing at the beginning of his skits

Despite his claim of considering book as boring and not wanting to continue his studies (Masters Degree) which his mum had always wanted, Mc Lively had attended Ideal Nursery & Primary school in Ile-Ife, Moremi High School for his secondary education and the prestigious “Great Ife” Obafemi Awolowo University for his Bachelor’s Degree.

Agidi; a skit about fuel scarcity being his limelight skit has been inspired by his Reverend Father who had preached about Nigeria’s current’ situation. MC Lively had scribbled down the script in church and was later filmed that night.
The video had gotten him the trending nick “Agidi” at that moment.

Having been a lover of Nights of a thousand laugh(Comedy Show) as a kid, a Master of Ceremony in 2013, and a comedian in 2015.
MC Lively had started his social media skits in 2017 which in due time with his efforts had been a raving hit till now.

When asked about his parents’ stance on what he does. He had said his father loves what he does. His mother, on the other hand, is yet to understand the reasons for what he does (Leaving a professional course for comedy). Being an ardent lover of education his mother finds it ridiculous.

With 1.4million followers on Instagram, the sensational comedian has had his own share of bumpy and cloudy days. He had recorded that he had started with a lot of turn downs and boos from the crowd while at the University. At a particular event which he had performed, his jokes were so dry that even his girlfriend didn’t chuckle talk less of laughing.
Another scenario was when he bounced out at Alibaba comedy show for not having a VIP ticket among several others before he became who he is.

On inspiration, MC Lively said Nigeria situations are his major source of inspiration for he can relate well and he is as well conscious of societal issues.
‘Being a lawyer” MC Lively had said, has helped with his confidence and charisma in his newfound career, comedy skits.

On how the internet has helped his career and it’s importance. He had said “Generally, entertainment has evolved into the world of internet. Now, we are seeing more movies on YouTube. The internet is the new TV. Even If it is not the new TV, it is competing with the TV that we have now” when interviewed by HipTv.

Sani Michael Amanesi aka MC Lively has pioneered several creative skits alone and with several notable comedians in the country. MC Lively is a major sensational comedian of present Nigeria and as it stands, he’s not stopping soon. 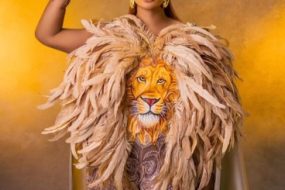 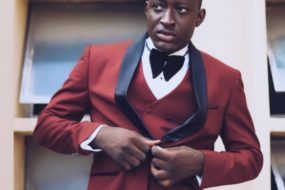 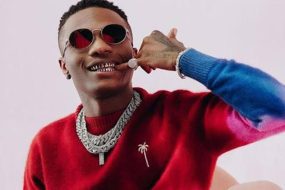