The embattled National Chairman of the All Progressives Congress (APC), Adams Oshiomhole, has said that he accepts the Appeal Court ruling that upheld his suspension.

Oshiomhole, speaking on Politics Today on Channels Television on Wednesday, said he would speak with his lawyers to decide what next to do.

“In our democracy, the court is an independent arm of government. When they hand out government, it is not for you to pick and choose whether to obey or not.

“I accept their judgment in good faith. I am a product of the Judiciary.

“My lawyers will now look at the judgement and advise what is the next line action.”

When pressed on if he will head to the Supreme Court, Oshiomhole said: “What I do next will be based on the legal advice I get.”

However, because of his health issues, APC’s Vice-Chairman (South-South), Prince Hilliard Eta, will act on Ajimobi’s behalf. 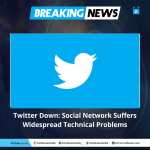 Trending Theophilus Adeniyi - October 15, 2020 0
Just recently, a few hours ago to be precise, Twitter users in Nigeria reported broad problems accessing the service. The App has...

Sports Danfodio - November 26, 2020 0
Barcelona presidential aspirant, Emili Rousaud, has said he would hold a referendum to name the Nou Camp after Lionel Messi, if he is elected...

Entertainment Adeyooladeyinka - November 25, 2020 0
TOP 6 MOST HANDSOME NIGERIAN ACTORS The Nigerian film industry is graced with quite a number of handsome men....