The cost of living as a student in Korea simply varies on two basic factors.

We know that there will be huge differences between costs of living as an indigenous student and a foreign student.

As it is in other countries, public universities in Korea usually charge lower tuition and fees than private ones and some costs depend on what program you choose to pursue.

TUITION: This is likely the most important cost to consider as a student living in Korea. These fees vary depending on whether it’s a government university or private own. For government universities, the price range is usually about $2000 a semester to $4500 but private universities on the other hand range from about $3000 to $7000. Averagely, undergraduate programs costs range from $1600 – $10800 per semester while graduate programs costs range from $11000 – $20900 per semester.

RENT: It is affordable with many different housing options available. It ranges from $275 a month in a dormitory or goshiwon (off campus) to $1000 in an expensive room along with a security deposit that might be anywhere from $3000 to $5000.

FOOD: This is another factor in the cost of living there and it is either the second or third biggest expensive. When eating at home, spending varies around $30 – $70 but if you plan to eat out, then expenses that would cost will range from $3 to $20 per meal.

HEALTH INSURANCE: $20 per month on average.

TRANSPORT: As a student living in Korea, public transport serves as a big concern to all or most students. Train or bus rides are $1 each way so for a month, it shouldn’t be more than $40 on average.

INTERNET AND PHONE: This varies greatly in Korea depending on how the student sustains. The internet can be as low as $30 a month (100Mbps) and as high as $50 (1Gbps). It also depends on which city you are in; for example, Seoul and Busan are more expensive while Daejeon is cheaper.

Studying in Korea gives you an absolute advantage, in the process, offering you quality education at affordable prices.

Cost of living in Germany for Students 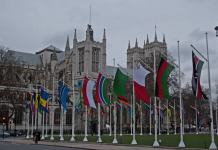