OAU is renowned for academic prowess and the dynamic beauty of the campus which got it tagged ‘Africa’s Most Beautiful Campus’. Many capable hands known as OAU Vice-Chancellors have been entrusted to ensure the effective daily running of the university.

Obafemi Awolowo University is beautifully erected in the ancient city of Ile-Ife, Osun state, Nigeria and was founded in 1961. The institution commenced classes in October 1962 during the Western Region Late Samuel Ladoke Akintola’s administration.

Below is the list and details of all OAU Vice-Chancellors from genesis till date.

Oladele Ajose emerged from a Royal House of Oba Ologunkutere of Lagos. He attended Kings College, Lagos and proceeded to the University of Glasgow where he studied medicine in 1927.

Oladele was the Dean of the Faculty of Medicine in University of Ibadan from 1958 to 1959. He was appointed as the first Vice-Chancellor of the University of Ife (now called the Obafemi Awolowo University) from 1962-66. The Prof was an early advocate of primary health care in Nigeria.

He was one of the earliest Africans to hold a professorial chair and also pioneered the OAU Vice-Chancellors list. Ajose established the Nigerian Red Cross Society and also founded the Infectious Disease Hospital in Lagos (IDH) through his efforts to curb tuberculosis in Lagos. A worthy memorial to mark his contribution is Oladele Ajose Institute of Public Health at the University College Hospital, Ibadan.

His name is used as a lecture theatre hall located at the Faculty of Agriculture, OAU. He died 2nd July, 1978.

He was born 12th November, 1919. Oluwasanmi travelled abroad for a collegiate education, studied at MoreHouse College and earned a Doctorate degree from Harvard University. Upon his return to Nigeria, he became a staff of the only college in the country then, University College, Ibadan (now the University of Ibadan).

He became a Professor of Agricultural Economics in 1958 and was a former Dean of the Faculty of Agriculture. Hezekiah Oluwasanmi was chosen to work with the government in the planning and development of the new University to be sited in Ile-Ife.

In 1966, after a military coup led to a change in government, Adekunle Fajuyi, the new military governor appointed Prof. Oluwasanmi to replace Oladele Ajose. His administration relaunched the master plan of the university which had been set aside by the previous university administration. During his tenure, the university moved to his permanent site at Ile-Ife. He died on 15th August, 1983. The Hezekiah Oluwasanmi Library is named after him.

He later became the senior lecturer in the University of Ibadan, Department of Economics and headed the department from 1966-71.

Prof. Ojetunji Aboyade was an economist, educationist and administrator who worked In numerous economic sectors within Nigeria and abroad.

Cyril later joined the Department of Physics, University of Ibadan as an academic staff. He attained professorship in 1962 and was appointed Head of the Department. The professor later became the Dean of the Faculty of Science before proceeding to University of Nigeria Nsukka.

He became the OAU Vice Chancellor in 1982 and is the first Nigeria Nuclear Physicist.

He has served as the majority leader of the Senate of the Federal Republic of Nigeria.  Prof. Abimbola wrote books on Ifá and Yoruba culture. One of his popular books is ‘Ifá Divination Poetry’.

He became a lecturer at the University of Ife in January 1972 and was promoted to a professor in October 1980.

Prof. Osuntogun was appointed as the Vice-Chancellor of Obafemi Awolowo University from January 1990 to September 1991.

Adebowale attended Ilesha Grammar School (1956-1962) and had a stint as a civil servant at the Ministry of Agriculture and Natural Resources, Ibadan, before his tertiary education at the University of Ife, an institution that shaped his life, times and remarkable career.

Omole commenced his brilliant academic career at the University of Ife, bagging a Bachelor of Agriculture degree and an M.Phil in Animal Sciences in 1968 and 1970 respectively. Thereafter, he proceeded to the University of Alberta, Canada, where he obtained a doctorate degree in Nutritional Biochemistry in 1973. Bowale paid his dues at Great Ife, climbing the ranks from an assistant lecturer to a Professor of Animal Sciences in the early 1980s. He became the Dean, Faculty of Agriculture in the same alma mater between 1983 and 1985.

Prof had a brief stint at the Alabama A&M University, USA in 1986-1987 as a Professor of Food Science and Animal Industry. His career reached the peak by becoming the Vice Chancellor, Obafemi Awolowo University, Ile-Ife between 1991 and 1999.

He is a Professor of Psychiatry. Prof Makanjuola was the Chief Medical Director of the Obafemi Awolowo University Teaching Hospitals Complex, from 1989 to 1997. He was appointed as the Vice-Chancellor from 1999 to 2006.

Roger got appointed as the President of the West African College of Physicians from 2007 to 2008 and Chairman of the Medical and Dental Council of Nigeria from 2010 to 2011.

Faborode was born in Supare, a town in Akoko, Ondo state where he obtained his Bachelor of Science (B.sc) and Master of Science (M.sc) degrees at Obafemi Awolowo University, then University of Ife. He also obtained a Doctor of Philosophy (Ph.D) in Engineering at the University of Newcastle, UK.

Faborode became the 9th Vice-Chancellor in July 2006, after the tenure of Professor Rogers Makanjuola elapsed. Before he was appointed as the Vice Chancellor of the university, he had served as head of several professional bodies.

He was the former vice president of COREN, an engineering regulatory body in Nigeria.

Prof. Omole got appointed as the Vice Chancellor in 2011. During his tenure, OAU was for four consecutive years (2011-2014) ranked number one by webometrics. His administration embarked on 30 major capital projects, among which were; the construction of an Olympic sized swimming pool, moot court, university hall, a 12 storey senate building (jubilee house) and rehabilitations of others. He also led the university to win an $8m grant from the World Bank.

READ ALSO :-  7 DIFFERENT KINDS OF LECTURERS YOU WILL FIND ON OAU CAMPUS

His contributions were recognized by the Chancellor, His Royal Highness Alhaji Yahaya Abubakar and according to him, “Omole will be remembered for a number of achievements but most especially for ensuring that the students are most taught and given skills that are required for them to compete in the job market.”

Anthony Elujoba was born in 1948 and is a Nigerian Professor of Pharmacognosis. He is fondly referred to as the “village chemist” because of his involvement in research into medicinal plants.

Eyitope Ogungbenro Ogunbodede was born 23rd January, 1957. He proceeded to Owo High School where he obtained the West African School Certificate in 1976. Ogunbodede then proceeded to Obafemi Awolowo University where he received a B.Sc in Health Sciences and a Bachelor of Dental Surgery in 1981 and 1985 respectively. He also has a Masters in Public Health degree from the University of Lagos (1989) and was a Commonwealth Medical Fellow at University College London between 1991 and 1993.

Eyitope joined the services of Obafemi Awolowo University as a Medical Training Fellow in 1987 and rose through the ranks to become a professor in 2000. As an academic, he has about 100 peer-reviewed scientific journals credited to his name. He has also authored over 40 conference abstracts and 2 books.

Ogunbodede was elected the 11th OAU Vice Chancellor on 8th May, 2017 and is still administering the affairs of the institution till date. The Prof is currently the last on the list of OAU Vice-Chancellors.

READ ALSO: 6 Kinds of OAU classroom folks— which category do you fall into 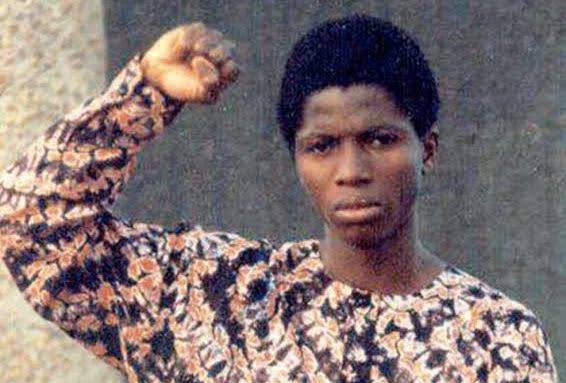