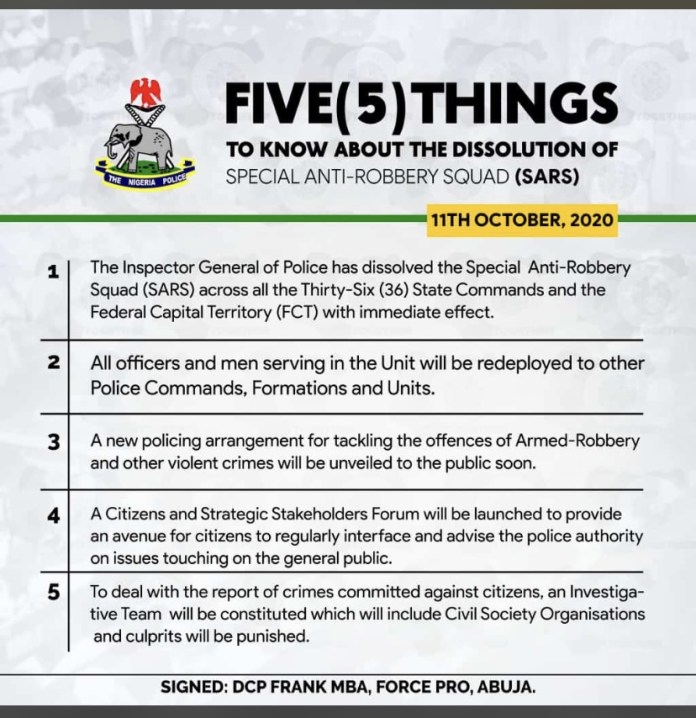 In response to the clamorings of the masses about the force brutality and being the scrapped the Inspector-General of Police, Mohammed Adamu, announced on National TV that the Federal Special Anti-Robbery Squad of the Nigeria Police Force has been dissolved

In his speech, The IGP appreciates and commends all citizens particularly those who genuinely express their concerns for a better policing orientation in an organized, patriotic and civil manner. He reaffirms the determination of the Force to bequeath to the country a Police Force and System that is professional in service delivery and most importantly, accountable to the people.

Based on the disband that has plunged the FSARS, these are the following 5 things you should know about it’s dissolution

Uncategorized Enilolobo Emmanuel Oluwadamilola - February 4, 2021 0
Despite the exorbitant fees received in tuition from students most Nigerian private universities do not produce high quality graduates, the Chairman of the Academic...

Test of English on Subjunctive Mood

Health and Lifestyle deensterling - November 18, 2020 0
Premature ejaculation can be understood as orgasm and emission of semen occurring just before or shortly after...