Despite the 24 hours curfew imposed by the state government,Edolites have found a way to come out for protests and have blocked the Ugbowo,Lagos road.

They protesters have succeeded in chasing away police officers deployed to the Uniben main gate axis of the road.

While in Satan market in sapele road, Benin city,Some hoodlums are engaging police and soldiers in a gun duel.

A woman has just been shot dead.

Will keep you guys updated with happenings 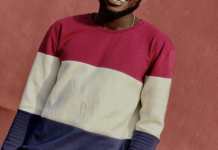 Reactions as UK Station calls Naira Marley a legend, schedules battle of hits between him and Olamide

Health and Lifestyle Adeyooladeyinka - June 27, 2020 0
Researchers have predicted a rise in cases and deaths associated with cancer, Human Immuno-deficiency Virus (HIV) and tuberculosis (TB) as a result of disruptions...

Health and Lifestyle Adeyooladeyinka - October 31, 2020 0
Rape is an act of forceful sexual intercourse with an individual without his or her consent. The act of rape may be...