He was conferred with the award of the Imperial Royal Father of the Year 2020 on the 14th of October but was indisposed to attend the grande award ceremony which held at the Transcorp Hilton Hotel,Abuja.

The distinguished award was presented to HRH, Oba Adeyeye Enitan Ogunwusi, Ojaja II by the Executive Director of Democracy Heroes Awards, Mr. Ajagbonna Fajag, who congratulated the Ooni of Ife for the well deserved honour. He also appreciated His Imperial Majesty for his support and contributions towards the advancement of democracy in Nigeria.

According to Abuja Press Correspondent, the Ooni of Ife was elated to have been honoured with such reputable and distinguished recognition. Oba Adeyeye Enitan Ogunwusi, Ojaja II, however appreciated the Organisers of Democracy Heroes Awards for his nomination and his subsequent awarding and also expressed gratitude to Nigerians for their massive votes which earned him the award.

READ ALSO :-  Breaking: Lecturer Blasts ASUU In An Open Letter Due To The Prolonged Strike

Meanwhile,have you seen the irony of Lagos,one being it’s small landmass and incorresponding large population

According to reports, the 14th October DHA 2020 witnessed the presence of Executive Ministers, state Governors, Senators, high profile CEOs and other notable Philanthropists, Entrepreneurs and public office holders cutting across all sectors and industries, who were recognised and honoured with several significant awards at the occasion. Some of the award recipients includes Her Excellency, the Wife of the President of the Federal Republic of Nigeria, Aisha Buhari, Gov. Bello Matawale, Gov. Nasir El Rufai, Dr. Geoffrey Onyema. 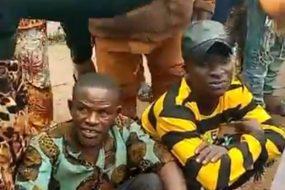