The 10 smallest countries of the world

We have heard of the largest countries which includes known names such as Russia,Canada etc,most powerful which includes the United States,Most populated which includes China,India alongside many of their Southeast Asian neighbours but do we ever give a thought for the small countries,the ones who are sometimes so small that their activities most times goes unnoticed on the International scene.

I am bringing to you the 10 smallest countries in the world,from one so small it could pass for a well sized mall to ones which can only be considered cities or towns in some other countries. Only UN recognised sovereign Nations will be mentioned here,so do not expect Puerto Rico which is a dependency of the United States or Aruba which is an overseas territory of the Netherlands and others,here are the 10 smallest Independent countries of the world;

Of all the countries of the world,Vatican City claims the title of the definitive smallest country in the world. It is mighty though, as it is perhaps the most influential in terms of religion: It serves as the spiritual center of the Roman Catholic church and home of the Pope. Vatican City, officially called The Holy See, is located within a walled area of the Italian capital city of Rome.

The small country officially came into existence in 1929 after the Lateran Treaty with Italy. Its government type is ecclesiastical and its chief of state is, actually, the Pope. Vatican City is not a member of the United Nations by its own choice.

It has a population of about 1,000 citizens, none of whom are native permanent residents,most of which are the Pope and his staffs and Cardinals which head and stay with their respective diocese. Many more commute into the country for work.

READ ALSO :-  The irony of Lagos: The Smallest State with the largest population in Nigeria with 21million inhabitants

The Vatican still commands a huge influence throughout the world,40% of Catholics are from South America.

Monaco, the world’s second-smallest country, is located between southeastern France and the Mediterranean Sea. The country has only one official city—Monte Carlo—which is both its capital and a famous resort area for some of the world’s richest people. Monaco is also famous due to its location on the French Riviera, its casino (the Monte Carlo Casino), several smaller beaches, and resort communities—all squeezed into less than one square mile. This country has an estimated population of 39,000.

Nauru is a small island nation located in the South Pacific Ocean in the region of Oceania. Nauru is the world’s smallest island country with an area of just 8.5 square miles and a population of about 11,000 people. The country was known for its prosperous phosphate mining operations in the early 20th century. Nauru was formerly called Pleasant Island and became independent from Australia in 1968. This small country has no official capital city.

Tuvalu is a small country in Oceania comprised of nine islands. Six of these have lagoons open to the ocean, while two have significant non-beach land regions and one has no lagoons.

None of the islands of Tuvalu have any streams or rivers and because they are coral atolls, there is no drinkable groundwater. Therefore, all of the water used by Tuvalu’s people is gathered via catchment systems and kept in storage facilities.

READ ALSO :-  Basic Facts About The Romance Language: Days Of The Week

Tuvalu has a population of about 11,342, 96% of whom are Polynesian. This small country’s capital is Funafuti, which is also Tuvalu’s largest city. Its official languages are Tuvaluan and English.

San Marino is landlocked, completely surrounded by Italy. It is located on Mt. Titano in north-central Italy and is home to 34,232 residents. The country claims to be the oldest state in Europe, having been founded in the fourth century. San Marino’s topography mainly consists of rugged mountains and its highest elevation is Monte Titano at 2,477 feet. The lowest point in San Marino is Torrente Ausa at 180 feet.

The European small country of Liechtenstein, doubly landlocked in the Alps between Switzerland and Austria, is merely 62 square miles in area. This microstate of about 39,137 people is located on the Rhine River and became an independent country in 1806. The country abolished its army in 1868 and remained neutral (and undamaged) during World War I and World War II. Liechtenstein is a hereditary constitutional monarchy but the prime minister runs its day-to-day affairs.

The Marshall Islands, the world’s seventh-smallest country, consists of 29 coral atolls and five main islands spread out over 750,000 square miles of the Pacific Ocean. The Marshall Islands are located about halfway between Hawaii and Australia. They are also near the equator and the International Date Line.

This small country with a population of 77,917 gained independence in 1986; it was formerly part of the Trust Territory of Pacific Islands, administered by the United States.

READ ALSO :-  5 Things Guys Do That Turn Ladies Off

At 104 square miles (slightly smaller than the city of Fresno, California), Saint Kitts and Nevis is a Caribbean island country of 53,821 residents that gained independence from the United Kingdom in 1983.8 It is located between Puerto Rico and Trinidad and Tobago and is the smallest country in the Americas based on both area and population.

Of the two primary islands that make up Saint Kitts and Nevis, Nevis is the smaller of the two and is guaranteed the right to secede from the union.

Seychelles is 107 square miles (just smaller than Yuma, Arizona). The 95,981 residents of this Indian Ocean island group have been independent of the United Kingdom since 1976. It is located northeast of Madagascar and about 932 miles east of mainland Africa. Seychelles is an archipelago with over 100 tropical islands and is the smallest country that is considered part of Africa. Seychelles’ capital and largest city is Victoria.

The Maldives is 115 square miles in area, slightly smaller than the city limits of Little Rock, Arkansas. However, only 200 of the 1,190 Indian Ocean islands—grouped into 26 coral atolls—that make up this country are occupied. The Maldives is home to about 391,904 residents.The small country gained independence from the United Kingdom in 1965.

The country’s highest point is only 7.8 feet above sea level, making climate change and rising sea levels a significant concern. 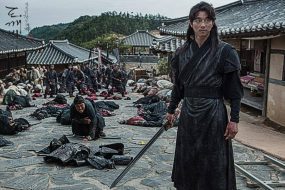 Meet The Most Powerful Mages In The History Of K-drama 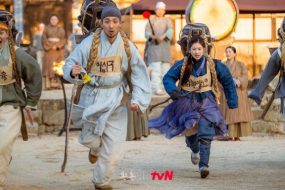 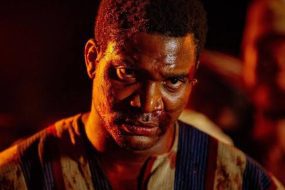 ANÍKÚLÁPÓ: What You Should Know 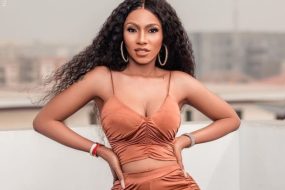