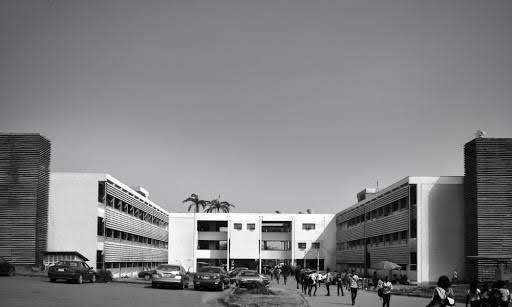 The Obafemi Awolowo University, Ile – Ife, is a school community blessed with over 45,000 students in its environment. These students have personalities peculiar to them, and at the same time, there are common behaviors that pervade their status as students.

In this blog post, we’d be mentioning the average categories of persons one tends to see in every lecture class.

These are students that will do anything just to sit in the first – third rows in the class.

They are the ones you’d see running or creating paths hurriedly amongst a crowd of students to just sit at the front in class. They are so used to it that if it is a departmental course, the other members of the class wouldn’t drag seats with them because they’ve already been familiarized with the front seats. This they do for so many reasons; Some sit in front in a bid to clearly hear and have a good grasp of everything the Lecturer has to say or to avoid being disturbed/distracted by the supposed noisemakers from the back.

These ones are called the geng geng category because they’re usually found at the back (otherwise called School 2). Never ever will you find them at the front seat, Never!They find solace in sitting at the back.
Not all ‘Back Benchers‘ are late comers. Although many of them tend to come in late, there are a few exceptional ones that would come very early and still choose to sit at the back. Sitting at the back is more like a ritual for them.

To know about another tradition peculiar to OAU students, read this post Catch Them Young (CTY) on OAU Campus

They are called ‘Chit Chatters‘ for a reason, and that reason is not far-fetched. They love talking & gisting, and even the most discipline Lecturer can’t stop them from partaking in it; talking. The more disciplined the Lecturer, the more scope/methods they devise to continue their talking.
Another name for them is ‘Auxiliary Lecturers‘ because they talk whilst the Lecturer is talking.

This category of students are usually shown Love OR Hatred, depending on the time they carry out their act of “questioning”.
They are loved if the questions being asked help in shedding more light to the topic/discourse OR if they ask at the beginning of the class.

They are however, shown immense dislike and most times booed when they ask their questions at the end of a very long lecture.
There are several reasons these ‘Questioners‘ ask questions; many at times, they ask to know more, some other time, it’s just to show off that they know, and sometimes to disturb the Lecturer. But whichever the case may be, the timing determines if they’d be Loved or Booed.

Are you a proud OAU student one who claims to know all about the university? If yes, then check this quiz out Click here

Silence is golden for this category of students. They are the ones that will barely utter a word in class, unless they are called upon by a Lecturer. They are either shy or playing it safe. The highest they do is just wave their hands OR smile, and they’re back to observing or following the Lecture.

Just like sand or water, they are in every class, every institution, everywhere! This category of students never seem to write at the pace of the Lecturer whilst dictating. As a matter of fact, after a long pause by the Lecturer, they are often seen borrowing notes to fill up the spaces they created when they were lost. They are the “Please Ma/Sir come again” geng. Like I said earlier, permit me to reiterate that they are everywhere!

In every serious situation, there’s always the need for a comic relief and that’s what the Cruisers do. They whine, they tease, they make short jokes and in rare situations, they flirt in a mild manner, all in a bid to douse the tension of the class OR to catch fun. For some of them, it’s just the way they are, they’ve been configured that way.

Most times, they sit so close to themselves ’cause it’s a clique, and all they do is make the whole class burst into laughter at their sheer jokes. Meanwhile, some persons see them as disturbance to the class. This does not deter them from doing what they do, instead, they’re pushed to do even more. You could say they’re doing what they know how to do best. It’s up to YOU!

Reading through, I’m very sure you must have classified yourself amongst at least 2 categories of students.
Don’t stop being yourself. You are a whole vibe on your own!