After texting, the second most popular reason why most buy phones is because of camera quality. The thrill of having a good phone with a nice quality camera is so self satisfactory.

You barely see anyone from this millennial who in getting a phone wouldn’t make enquires about the mega pixel of the phone. All though mega pixel aren’t the only factor that determines the quality of a good camera.

Check subsequent posts on factors that makes a good camera.

All these because a good camera plays an important role in our normal day to day activities and even in our business scheme.
In this blog post we will be mentioning smartphones best for mobile photography and their camera specification.

The Camon series have been known for its photosensitive when it comes to photography. Starting from Camon 10, the series is one of the few ones with good camera.

With the Camon 16 being released in Oct, 2020 it remains the best camera phone from the brand with a 64mega pixel+ 8MP + 2MP at the back and 48 mega pixel + 8MP ultra wide at the front. It has 1080p resolution which is rare for a budget phone. With Camon 16, you can take good photography shots and not get disappointed.

Being the latest of the Honour series, Honour 30 is a relatively cheap phone with a good standard camera quality which is best for mobile photography. Unlike the Camon 16 which is number 10, Honour boosts of a 40MP + 8MP + 12MP main camera and a 32MP + 8MP for its selfie camera.

You might be wondering how come this is then number 9. The reason is not far fetched, aside the mega pixel the resolution of a phone determines the quality of a camera and Honour 30 boosts of a 4k camere resolution compared to the 1080p of Camon 16.

Sony Xperia products are one of best among few photography mobile phones. Widely known to have small mega pixel like iPhones they are are extremely sharp and crystal clear when it comes to snapping because of its aperture, noise filter and sensor.

Sony Xperia has for its main camera a 12MP + 12MP (telephoto) + 12MP Ultra wide and 8MP for its selfie. It boost of a 4k picture resolution which gives it an edge over most phones

Released earlier this year in April. This water resistant phone boosts of its magical camera of 48MP + 8MP + 48MP (ultra wide) and 5MP for its main camera while 16MP for its selfie camera. The rear camera of this phone makes it a hot cake in the camera phone industry.

With a whopping camera quality of 108MP + 13MP + 2MP + 2MP as its main camera while it selfie with a moderate 20MP, Xiaomi Mi 10 remains one of the top phones with the best camera. Want to snap the moon from Earth? This phone can give it a crystal clear shot. Xiaomi has a 4320 camera resolution. Really astonishing.

Being popular known for it slim nature and extremely great camera, the Oppo series have been taking leads in the camera world.

Oppo Reno 3 boost of its amazing 48MP + 13MP + 8MP + 2MP as its rear and a 44MP for its selfie. What makes this phone a better gadget for photography is its artificial intelligence of ×2 Optical Zoom. Want a good phone for photography? You shouldn’t consider Oppo Reno 3 less.

The Huawei series have always been known as the photography elite phones. Right from Huawei Mate which boosts of a 40MP crystal clear camera.

Huawei P40 is much better and much sleeker with a whopping front camera of 50MP + 12MP + 40MP, it blessed with a front camera of 32MP. What makes this phone’s camera unique it its periscope telephoto and 5× Optical Zoom

Just like few phones whose camera quality aren’t determined by mega pixel but the phone’s software, Google Pixel 5a boosts of a 16MP, 12MP for its main camera and 8MP.

With its small figure MP it still tops the top 3 phone brands with an amazing camera quality. It has a optical + electronic image stabilization and a fixed focus camera artificial intelligence.

According to CNET, Samsung Galaxy 20 series remains the best selfie phone in the world. Samsung phones are among the few products recognized for its camera proficiency.

Never judge a book with its cover is the ways of the iPhone series. Always known for its small pixel but a paradoxical magical out of the world camera quality. iPhone 12 pro boosts of a 12MP + 12MP + 12MP and a selfie with 12MP.

What makes iPhone camera so good is its larger sensor which allows it to perform better in low light than its competitors despite the lower resolution. It also has an optical image stabilization which lets it shoot crisp photos even at low shutter speeds.

So if you are looking for smartphones for good photography qualities then you should check these phones out. They are the best phones out there based on ratings, review and recommendation. 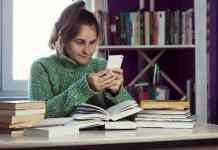