Power play between Minister of State for Labour and Employment Festus Keyamo and the Director-General of the National Directorate of Employment (NDE) Nasir Ladan, may have stalled the take-off of the Public Special Works (PSW) programme.

The Federal Government designed the programme to employ 1,000 artisans and unskilled workers from each of the 774 local government areas. The target is to create 774,000 jobs for three months.

Each of the beneficiaries is to be paid N20,000 monthly.

At the centre of the battle is the control of the programme.

The two government officials have not agreed on when to officially launch the programme, it was learnt yesterday.

The NDE is under the supervision of Keyamo.

Twice, the Federal Government had announced the date for the programme’s kick-off. It was originally scheduled for October 1 but the date was postponed.

Read also: Rawlings: The fall of a great tree

The minister cited delay in the release of funds, and the raining season as reasons for the change in date.

Keyamo later announced November 1 as the new date for the launch with a staggered flag-off in some states planned between November 5 and 15 this month. But, nothing has happened.

The Nation learnt that during his agency’s budget defence, the NDE boss told the Senate Committee on Labour and Employment that the 774, 000 jobs will officially commence on December 1.

Sources at the Federal Ministry of Labour and Employment said the announcement by the NDE director at the National Assembly came to the minister as a “rude shock.”

According to the sources, the NDE boss did not discuss any such matter with the minister.

One of the sources, who pleaded anonymity, said: “We heard the announcement on television the same way too and we were all surprised. Even the minister too heard it on national television just like everyone else, but what can we do?

Besides unilaterally announcing a new date for the take-off, Ladan also told the lawmakers that President Muhammadu Buhari has approved N26 billion for the take-off of the programme.

When contacted, Keyamo declined to comment on the issue last night. The minister didn’t pick calls placed to his official mobile lines.

He was yet to return them before this paper went to bed.

But, sources within the ministry said the government was looking at the December 1 announced by Ladan to officially commence the programme.

One of the sources said preparations were ongoing as toward the kick-off of the PSW.

He said: “The two ogas (Keyamo and Ladan) are yet to agree on when to launch the programme. They sent out people to go and find out the level of preparedness in the states. You know states have different levels of preparedness and they want to launch it on the same day.

“They are getting reports. I am sure by the end of this week, it will be clear to everybody and a decision will be taken.”

Another source said all the states, including the Federal Capital Territory, Abuja have completed recruitment processes for the jobs and submitted the names of successful applicants to the government.

The source said: “The states have completed selection. The only thing we are doing now is cleaning out; those ones that are cleaned out we try to fill it up with supplementary list.

“There are lots of shortfalls as a result of double registration. People did multiple registrations and those who are not qualified for the job are been eliminated by banks.

“As banks are cleaning up and seeing the shortfalls, they are reporting weekly to us and we effect the correction and send back to the states.”

The source listed Zenith, Access, Fidelity, FCMB, UBA, and Heritage as the six banks enlisted for the programme.

It said the banks have started capturing biometrics of successful applicants.

“Different banks are registering in different states. The banks are registering fully. They have done about 80-90 per cent capturing of successful applicants. But, don’t rule out the possibility that some people may also want to use the banks to sabotage what is happening here and there,” it said.

The government said successful applicants will be paid through their bank accounts using their Bank Verification Numbers (BVNs).

The SPW programme is a dry season/off season transient jobs and rehabilitation/maintenance of social infrastructure.

The programme is being implemented by the National Directorate of Employment (NDE) under the supervision of the Federal Ministry of Labour and Employment. 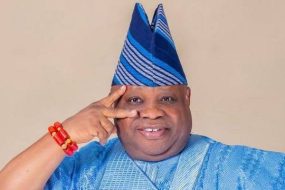