Olamilekan Agbeleshe, popularly known as “Laycon” is a 26-year-old singer and rapper from Lagos who emerged winner of this year’s reality show – BBNaija.

The graduate of Philosophy from the University of Lagos, Akoka, outsmarted other 19 Housemates to win the N85million grand prize.

Here is a list of 10 things you don’t know about the popular Laycon:

1. He’s had the most of his life in Lagos: Though a native of Bajuwen, Odeda, Ogun state, Laycon  was born and raised in Lagos, Nigeria on November the 8th, 1993. He was a student of UNILAG from 2012 to 2016 where he studied Philosophy.

2. Laycon graduated with a second-class Upper: As opposed to a fast spreading rumor that he bagged a First-class in the University, Laycon graduated with a strong 2:1 (second-class upper) at UNILAG in the 2015/2016 academic session. The rumor that he is a first-class graduate was popularized during his early days in the Big Brother house. However, Twitter users have come out to flag down the claim which was not opposed by Laycon himself. The image below lends credence to this assertion

3. He has calved a niche for himself in the Music Industry:
Laycon began rapping and writing songs at a tender age. In 2014, he was among the ten artistes that performed at the 2014 Coke Studio, University of Lagos event. He was also a top ten finalists of the 2017 MTV Base LSB challenge, he signed into Fierce Nation record label in 2019 and on the 21st February 2019, he released a track, “Fierce” with Chinko Ekun and Reminisce from his second EP “Who Is Laycon?”
He however released another single “Senseless” on 28th August, 2020.

4. As an undergraduate, Laycon interned at Latjum Global Nigeria Limited, an oil and gas marketing company in Lagos as a Personal Assistant to the CEO and Managing Director of the company.

Read also: Six Places You Should Visit if You Ever Find Yourself in Ile – Ifé

5. He is a Sex enthusiast: Laycon himself admitted that he is a sex enthusiast. A sex enthusiast is someone who has a strong interest in sex-related conversations. However, they might not be particularly interested in sexual activities as such. In case you’re wondering, he is an ass man. He made this known in a tweet where he wrote “Big botty will be the end of me”
See the image below

6. He was the first BBNaija Lockdown Housemate to be verified on Instagram:
Moshood Olamilekan was the nineteenth contestant at the season 5 Big brother Naija lockdown edition but soon established himself as a fan favorite becoming the first housemate of the season to be verified on Instagram in July 2020.
It is no news that of the 20 housemates who emerged for the show, while in the house, Laycon was the first to earn 1M followers, hence, his account’s verification. He was the first housemate from this season to be verified on Instagram and to gain support from numerous renowned celebrities. That’s to say that he is really loved by his fans. Meanwhile, at the beginning of the show, he wasn’t really liked. During the finale of the show on 27th September 2020, he was declared the winner scoring a record 60% of the total votes cast and went home with the ₦85 million grand prize.

7. He is the last child from a polygamous home, following the death of his father who was a Police Officer. His father’s death was made known to us sometimes ago during the celebration of Father’s day. It might interest you to know that he is a Lefty like his late father. Laycon has taken it as a point of duty to always celebrate his Father on father’s day despite his death; something you’ll refer to as a Posthumous celebration. In his tweet on father’s day, he professed his love for his father despite the fact that they were not close whilst he was alive.
The images below justify the veracity of this fact.

However, since he emerged winner of the Big Brother Naija show, we all can say for sure that BBNaija Laycon is worth as much as N85 million and even more!

However, since he emerged winner of the Big Brother Naija show, we all can say for sure that BBNaija Laycon is worth as much as N85 million and even more!

10. He was managing a Movie Production Company before he came for the Big Brother Naija show.

Other things you might want to know about him 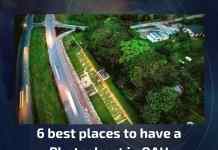 Democracy Day: What you should know about June 12

Democracy Day: What you should know about June 12