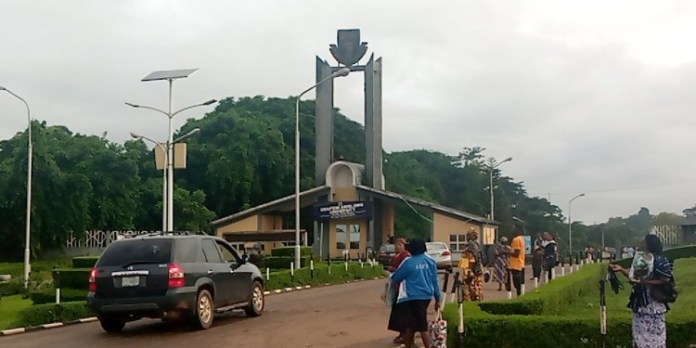 It is no more news that the Great Ife institution, Obafemi Awolowo University, Ile-Ife, has been running her lectures virtually for the past few months for the continuation of the Harmattan semester. The virtual classes was introduced to continue the academic session which was interrupted by the outbreak of the COVID-19 pandemic and subsequent lockdown. As time went on and the restrictions were eased, activities came to life again. Though many institutions had resumed physical activities already, due to the large population of its students, OAU could not. It would have been difficult to effect the COVID-19 curtailment measures. However, there are signs and rays of hope that the second semester will be fully physical. Highlighted below are reasons OAU would resume physical lectures as from rain semester:

OAU is not a distance learning citadel, but an academic institution which has a high standard of education for her students. As part of the efforts to curb the spread of the Coronavirus, the school management deliberated and introduced an alternative pending the time the pandemic would be over, and things would be restored back to normal.

For some months now, however, cases of the virus have greatly reduced and it is no longer common in the news as it used to be. Since the reason for the adoption of online classes has been sorted, it is expected that OAU will return to physical lectures soon.

Within the few months OAU opted for the virtual classes, many students have lodged complaints against the system as they find it very difficult and tedious to cope with. Some find it very abstract and impersonal. It appears as though they are not being carried along through the lectures. They can not have an eye to eye contact with the lecturer. The virtual learning system does not allow for any form of physical interaction with the lecturer and this limits understanding greatly.

It was assumed by the school’s management that online classes would be effective as a replacement for physical lectures . However, this was false. First of all, most students struggled to understand the materials sent to them. This was due to inefficient or no explanations given on the materials sent. This made many students turn to tutorials and class discussions to understand what was taught (sent) to them.

To further buttress the aforementioned point, the high cost of data and huge sizes of virtual materials is one main thing dreaded by students. Audio files, Videos and PDFs of sizes as large as 400MB each have to be downloaded by students who have a limited budget for data subscription. Monthly bundles became weekly bundles and cost students a lot. Lecturers do not find it easy either as a lot of money has also been spent on their part for the purchase of data and equipment needed for the running of classes.

The management made it clear that online classes would be conducted to prevent large gatherings which would pose a hazard. However, since students were called back to campus for practicals, tests and upcoming exams on the 9th of March, there has been no spike in cases on campus despite the large and crowded gatherings.

It should be noted that despite the absence of physical lectures, large gatherings still formed at practical venues, test venues, lecture theatres during night classes and tutorials, religious and sporting activities etc. Still, the institution has not recorded a single case.

You may also want to see: Night or Day in Ogba Femi: The City that never sleeps

According to the National Centre for Disease Control (NCDC), there has been a massive drop in COVID-19 cases all over the country, with as little as 18 cases daily (As confirmed by the NCDC on the 3rd of May).

As at the time of writing this article, almost all social and academic institutions have fully resumed physical activities. This proves that the spread of the disease has now been largely kept under control. Restrictions on academic activities can now be loosened while following guidelines and precautions.

Lastly, despite the fact that virtual lectures were adopted so students could learn from home, the classes and assignments were still organized in such a way that students need to be on or around campus. This defeats the purpose of the adoption of virtual classes which was supposed to allow students to learn from home. The atmosphere on campus is already like that of an institution with all academic activities in full swing. Even kiosks and restaurants are fully functioning. The introduction of physical classes at a later point in the semester also signifies a gradual blend back to how things were before. It is therefore safe to deduce that Rain semester will be fully physical.

Drop your own opinion in the comment section below.

Night or Day in Ogba Femi: The City That Never Sleeps

Mental health: 5 ways to deal with stress in OAU

Top 5 most used phone in OAU

Back to phase 1: ENDSARS protest might halt University resumption and the closure of secondary schools.