The Obafemi Awolowo University has announced plans and activities to mark it’s 60th anniversary.
The plans for the Diamond jubilee anniversary which marks 60 years of the University’s existence was released earlier today by the 60th Anniversary Celebration Committee and presented by Professor Charles Ukeje, the chairman of the committee.

RELATED!!: 10 reasons you should get your OAU Girlfriend a Children’s day gift

The Diamond Jubilee Anniversary will be celebrated over the course of a week from Sunday, 6th June 2021 to Friday, 11th June 2021 and the entire University Community has been invited.

There have also been calls for Volunteers for the event, if you are in your penultimate, final or post Graduate years and you are interested in the effective facilitation of the event, contact oau60thanniversaryvolunteers@yahoomail.com to signify your interests. 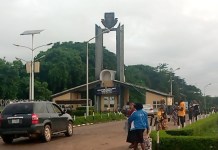 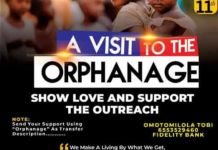 Photo: Part One Students of The Department of Anthropology And Sociology Extends Their Hands to The Orphanage Home