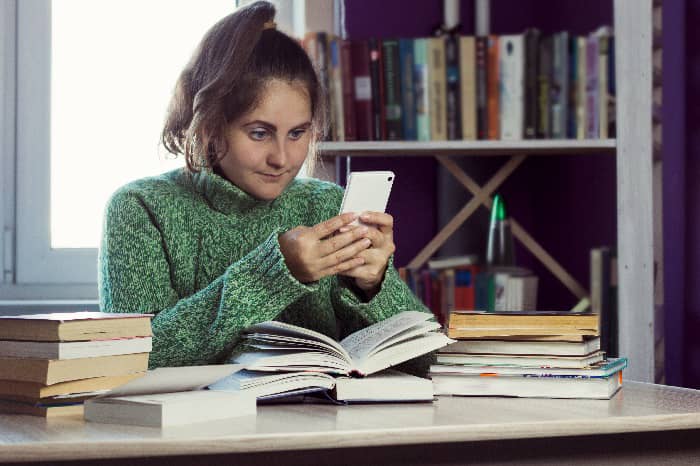 In Nigeria, certain words in the English Language are often misused and misconstrued. Nigerians are also known for coming up with nonexistent words, phrases and tenses in a bid to aid their communication. They end up justifying the use of these (sometimes bizarre) words, saying it is “Nigerian English”.

Whether it is Nigerian English or not, the truth remains that they are not correctly used as opposed to standard English. Some of these words will be examined in this article. Follow through to learn the correct meaning of each of these words.

• Bogus: In many cases, Nigerians translate a word depending on how it sounds. The way “Bogus” sounds will make you think we’re referring to something huge in size. However, the meaning of the word is far from that.

“Bogus” means false, fake or counterfeit. For instance, if you’re someone who easily gets scared even with little things, I could scare you with a bogus spider.
I.e. A fake spider (a toy)

• Tout: Nigerians usually use this word to refer to hooligans. However, the word is used to refer to someone who advertises something aggressively or a person who spies for a thief or smuggler. It is also a verb which means to advertise one’s product or display one’s merchandise.

• Invaluable: As it sounds, Nigerians think this word refers to something worthless or valueless.
However, the word is used to refer to things whose worth and value cannot be calculated. The value is incomparable! Its value is so great such that it is priceless.

• Infamous: Similar to the way Nigerians use “invaluable”, they think “infamous” refers to something or someone who is not at all famous.

But there’s a little twist to it! The word is used to refer to something or someone who is widely known for something bad. Someone who is notoriously vile or has a bad reputation.

• Climatic versus Climactic: Climactic originated from the word climax, meaning the peak point in a series or progression of events. On the other hand, Climatic comes from the word climate, referring to the weather. For example, the climactic period in the war was when the climatic condition of snow killed off many troops.

• Premise & Premises: Some people think that “premises” is the plural form of “premise.” However, “Premise” means an assumption, while “premises” is a building and its surrounding lands.

Example: “The premise on which the article was written was that the city’s finances are in trouble.”
“We asked the man to leave the premises.”

Read Also: OAU Aspirants, Find out: After Admission on JAMB CAPS, what is the next step? What documents do you need?

• Historic/Historical: Nigerians often take the word “Historic” to mean something relating to history. No, it isn’t necessarily history related.
The word “Historic” is used to refer to something that is famous, important or influential. Something that is presently happened or has happened and is significant such that it has a lasting impact – it can never be forgotten.
For instance; Tobi visited the beach in Lekki where the Lever brothers made their historic first airplane flight.

“Historical” on the other hand means something related to history:
“Emeka donned a historical bonnet for the renaissance fair”

• Empathy/Sympathy: Empathy is the ability to understand another person’s perspective or feelings. Sympathy is a feeling of sorrow for someone else’s suffering. A sympathizer is someone who agrees with a particular ideal or cause.

Therefore, the correct rendition would either be “Electioneering” or “Campaign”

• Complimentary card: Nigerians use this phrase when they mean to say “business card”. It should be noted that the word “complimentary” means something that is free. A business card is not a “free card”. Rather say, “business card” or “contact card”

• Alumni: Originally the plural form of “Alumnus”, Nigerians often use the word “Alumni” for an individual who is a graduate of a school. This shouldn’t be so! The word “Alumni” is meant to be use for two people and above.

This means, one graduate from a School is an Alumnus, while graduates of a school put together form the “Alumni” body.

• Gist: The word “gist” in real sense means the most essential part of a speech or the subject matter of a literary piece. However, Nigerians have taken it to mean “gossip” or “pep talk”. They even go as far as suffixing it, making it “gisted” when relaying a past event.

• Go slow: This word is used by Nigerians in situations whereby traffic is really sluggish due to vehicles queuing after one another. However, in standard English, “go slow” refers to an industrial action taken by employees, intentionally reducing productivity and efficiency in a bid to make their employer yield to their demand.

Meanwhile, the right words to use when describing sluggish road traffic are; “traffic jam”, “traffic congestion”, “snarl up” or “gridlock”.

• Opportune: Nigerians think that “opportune” is a derivative of the word “opportunity”. No, it isn’t! The word “opportune” means appropriate or well-timed.
For instance; The opportune delivery of the Wedding dress made the bride arrive the auditorium on time”

Meanwhile, it doesn’t have a past tense too; hence, “opportuned” doesn’t exist.

• Well-done: Nigerians usually use “well-done” to commend an individual while they are yet working. However, the word is meant to be used to commend a a job/work that has been concluded satisfactorily.

• You are welcome: Nigerians use this phrase to let an individual know that they are comfortable with their presence. However, you’ll only leave a Native English speaker awestruck by telling them “You are welcome” when welcoming them to your home.

Newsflash – “You are welcome” is to be used as a polite reply when someone tells you “Thank you”.

However, if you are welcoming them to your abode, the right rendition is just “welcome”

I hope that you learnt how to use these words correctly. Which of the words mentioned above have you been misusing before now? I’d like to know in the comments.

Perhaps, you do not agree with my stance on the use of these words, you could make use of an approved Dictionary for the purpose of clarity.

Commonly misused and misconstrued words by Nigerians are not limited to the aforediscussed, the list is utterly endless. Which other ones do you know of? Let me know in the comments as well. Thanks for engaging!