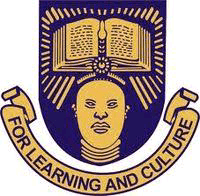 Roughly 2½ months after the reinstatement of the Obafemi Awolowo University’s Students Union, the management of the Institution led by Professor Eyitope Ogunbodede, the Vice-Chancellor has inaugurated a Students’ Electoral Body for the Union.

Recall that the body, on November 6th, 2017, lost its potency due to series of violent fights within the union. The Union however, was reinstated on Sunday, 25th of April, 2021, after about four years of temporary ban.

The Inauguration of the Electoral Body was made known to the entire public in a Press Release.

“Speaking on behalf of the University management, the Dean of Students Affairs, Professor Isiaka Aransi, stated that OAU students activists should emulate their counterparts in developed world where student leaders engage management in dialogue in order to meet the academic and welfare needs of fellow students. This, according to him, is done through unions investment drives, provision of Scholarships, work and study programmes, among others.

“A release by the Public Relations Officer of the University, Abiodun Olarewaju, stated that Professor Aransi advised the students not to be confrontational and aluta-focused in their approach. Rather, they should employ constructive engagement and dialogue to resolve issues with the management.

“Restating his avowed commitment and pragmatic demonstration of his administration’s determination to fully reinstate students’ Unionism on OAU Campus, the Vice-Chancellor, Professor Eyitope Ogunbodede, mandated the Division of Students’ Affairs to set in motion concrete steps to achieve installation of vibrant and more articulate students Unionism.

“Professor Ogunbodede enjoined the students to see Unionism as an incubating stage of sociopolitical leadership where they could learn rudiments of how the people, States and nations are governed. The Vice-Chancellor, therefore, charged the Dean of Students Affairs, Professor Aransi, to do all within his power to sensitive the generality of students on the need to see and nurture the Union without any rancour or fracas.

“Highlighting the essence of the inauguration of the two electoral bodies, Professor Aransi stated that the expectation of the University community is for the Electoral Commission to conduct free, fair and credible elections while the Electoral Petition Commission is to handle all complaints arising from the election, with high sense of duty and decency, without fear or favour.

“Present at the occasion were the Deans of Faculties, students across Departments and members of the University community”.

At this, it is believed that there’ll henceforth be utmost Cooperation between the Union and the School Management as well as a periodic conduct of Free and Fair elections in the Union.

For more updates on happenings within the OAU Campus as well as the Education sector, join our Channel via the WhatsApp Icon below.