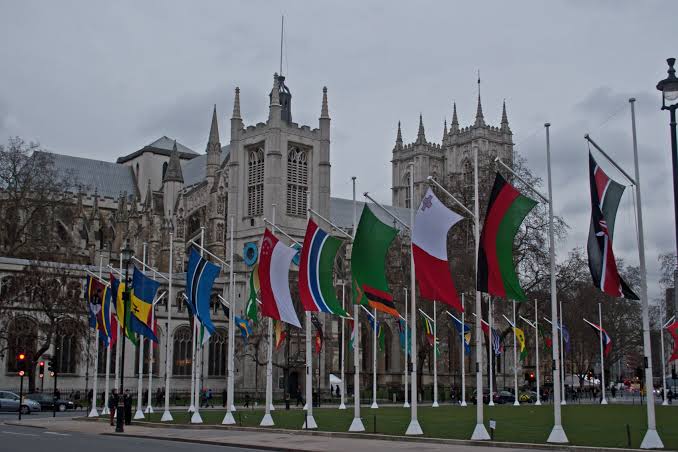 Studying abroad is the dream of virtually every student. There is no worse destination country when it comes to studying, but there are certain adverse factors that distinguish countries from each other. These factors are mostly weighed on a preference scale as some persons tend to adapt to some places than others.

You are the one to decide how you want your university experience to be like, and what you want from it. Brought to you are some places you should steer clear of as a student who can’t adapt to certain unavoidable factors prevalent in those countries. Take note of them so as to forestall future occurrences that may likely happen at the detriment of your adaptability.

Japan, despite being located in Asia, is popular for typically using fish stock or fish flakes in most of their major foods like ramen, udon and tofu dishes. So no matter what, it’s unavoidable for vegetarians to eat Japanese meals without a touch of beef, fish and co.

Portugal on its own shares its entire Eastern border with the Atlantic ocean. Seafood is never short in supplies, and finding foods without fish or meat can be a real struggle. If you are a vegetarian to the core, avoid these places.

(2) If you are naturally a sweaty person— AUSTRALIA, THAILAND

Australia is surrounded by the Pacific and Indian oceans, and it is a tropical place with little humidity. It is also the driest inhabited continent as its average rainfall is less than 500mm per annum. Temperature during the heat period reaches 30°C during the summer period which mainly is from December to February. Thailand on the other hand is a tropical place with an aura of friendly smiles. Humidity is the major factor as most of Thailand experiences dry weather with mild temperatures. Summer season runs from mid–February until mid–May, and due to its inland nature and latitude, the north, northeast, central and eastern parts experience a long period of warm weather, where temperatures can reach up to 40°C from March to May. If you are someone who gets hot easily, avoid these places.

(3) If you are an ardent lover of nature— JAPAN, CHINA

As a student in a country like China or Japan, you’d surely be studying in a megacity like Tokyo or Beijing, which means ‘low presence of nature’. Despite the presence of few green spaces in these cities, you’ll be hard pressed to find a shady park to rest while wandering the concrete jungle of lights. The presence of many fused blocks, skyscrapers and office buildings leaves no space for nature. If you are addicted to being around natural places, avoid these countries.

(4) If you are an early bird kinda person— ARGENTINA, SPAIN

The cultures of these country people are nocturnal such that eating dinner is a norm for them after 8pm, and 6am is still a bed hour for them. If you are a morning type of person who loves being up early, avoid these countries.

Some of the world coldest cities are found in these two countries. They are close to the artic which receives little or no sunshine for most of the year. If you are a type that can’t adapt to the freezing temperatures that these countries have got to offer, avoid them.

(6) If you easily get bored— SAUDI ARABIA

Coupled with the strictness of this country regarding fun affairs, it is also one of the destinations in the world where stringent laws are in place. Some of them are: Ban on alcohol intake, Ban on clubs’ operations and sometimes cinemas, as well as complete covering of women before they step out, amongst others. Saudi Arabia is one of the most boring countries in this world and an adventurous student should surely avoid it.

(7) If you are hyperactive— ITALY

Italy is a country where hyperactivity is clearly disregarded; hence, it is not advisable for someone who is hyperactive. They really like to take their time on things ranging from meals, business, even on university education. It is even reported that graduates in Italy lag behind other countries in skill sets and employment competitiveness.

Crime rate in Brazil is one of the highest in the world. You can’t go to Brazil to study as a student and keep late nights alone. Pickpocketing is very common, and ghettos in Brazil can be very dangerous. Avoid studying in Brazil if you are really safety conscious.

(9) If you run a tight budget— ENGLAND

England is one of the most expensive countries in the world. Royal treatment in a Royal country comes with a higher price tag. Unless you happen to be on a fully funded scholarship or have upper middle class parents, avoid England so you won’t end up turning a beggar half-way into your first semester.

(10) If you love keeping to time— NIGERIA

Despite the cheap tuition fee and low cost of living, Nigeria will make you endlessly wait to finish your study. ”African time” is a slang in Nigeria which simply translates as delay; It could come in different forms of affecting your period of study as it is already a culture. So, if you are someone who dislikes delay, avoid studying in Nigeria.

At this, it is important to do thorough research before choosing your preferred country to study.
Was this post helpful for you? What other countries do advise people with certain personalities to avoid? I’d like to know in the comments!