RESOLUTION OF THE CONGRESS HELD AT AMPHITHEATRE ON THURSDAY, 15TH JULY, 2021

After four years of proscription of the Students’ Union, Great Ife Students converged at Amphitheatre for a general Congress which is in a bid to signal the restoration of union activities basically aimed at setting up the Security committee and to update Great Ife students on the forthcoming Students’ Union election.

The Congress started at exactly 3:50pm with recitation of the Great Ife anthem and the display of Arosim by Awo boys.
Each member of the Electoral Commission and Petition later stepped forward to introduce themselves by mentioning their names, faculties, departments, levels and offices.

The agenda of the Congress was read by the General Secretary of the Commission and a motion of adoption was moved by Congressman Mustapha Latifa of Religious Studies at 4:38pm and seconded by Congressman Abdul-ganiyu Oseni of Faculty of Education.

The chairman gave the opening speech by welcoming and congratulating everyone on the reinstatement of the union as he went ahead to charge them on the importance of the Students’ union and also positive changes that the effect of a union has always brought about through intellectual and ideological debates. He ended his speech by stating that the GISU isn’t an award body and that the ties of the union is always carried out devoid of personal or political interest but a pressure group with no government but officers.

The chairman informed the Congress about the necessity of Security Committee that this is necessary to address salient security issues affecting students within and off Campus.

Congressman Collins from Tech requested that the health of students is important and suggested that recommendation should be made as to constitute a health committee.

An observation was raised asking if the Action committee was going to be dissolved.

The chairman responded to both questions by saying the commission has one major responsibility which is conducting free and fair elections to usher in a new Central Executive Council, Student Representative Council and Hall Executive Council. Traditionally, the commission is permitted to constitute only one committee as the commission should not be overwhelmed leaving their main responsibilities alone. In this regard, he stated that the Action Committee was constituted in Nov 2017 since there was no Union structure and since there is a Union structure now, the committee stand dissolved which was based on the unanimous response of the whole Congress. He then appreciated the Action committee for a job well-done since 2017 to date.

Congressman Olamarx called for a point of order quoting Section 6 subsection 3 and & 4 then asked what power of section of an Electoral body to call a Congress.

Congressman Eluyera Kayode from Tech replied by saying for Congressman Olamarx to be in the congress, he has already proved that he believe it is a congress and that already go against his point of Order.

Comrade Lugard replied that constitutionally, the Electoral Commission cannot call a congress but by necessity they can and we can all agree that this is a case of necessity.

The chairman said the congress was given birth to by each Faculty commissioners, the commissioners then deem it fit to call a congress although it is not constitutional but traditionally and out of necessity it was called.

The chairman asked the congress for the number of men to be constituted to the security committee. Congressman Victor suggested going with 13 so as to cover each member of the committee from each faculty on Campus.

Congressman Olugbona Abiola then replied by saying it is not compulsory for all faculties to be represented.

Congressman Tunde Kaz said not more than 11 as stated by the constitution. In which the Chairman replied by saying the Congress supersedes the constitution as it is the highest decision making body of Great Ife Students’ Union.

Congressman Frizzy from Law stated that the congress is the highest decision making body and that in line with this the constitution should be set aside and a 13 man committee should be constituted which was seconded by Congressman AY.

Congressman Emmanuel Aremu raised a counter motion that a 21 man committee should be set up. He went further to state reason that 13 people can’t do the work of 3 committees and this motion was seconded by Congressman Lovewix from Social Sciences.

The chairman then asked the congress to a vote between 13 or 21 and the congress agreed on 13. He also stated that the representative should be of no criminal record and any nominated member should be screened and further ratified by the Electoral commission as security committee is very sensitive and members have to be cleared of criminal records.
Way forward.

Congressman Komolafe Tolu said the committee is always formed by the congress and so let the congressmen nominate and then the electoral commission scrutinize them not by faculty because not all faculties are present at the level of the congress today.

Chairman stated that the faculty not represented will be replaced, he then proceed to the nomination of the committee members per faculty

The above nominated persons all accepted their nominations.

The chairman mentioned that the above named persons will be further screened by the electoral commission before they become proper member of the security committee.

Mr Chairman informed the congress that plans are already being made towards the elections stating that there is a proposed timetable and a congress will be called soon to lift the ban and the activities concerning the election will begin soonest. 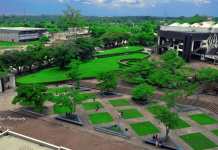 OAU Aspirants, Find Out: After Admission on JAMB CAPS, What is the next step? What documents do you need? 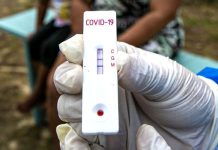