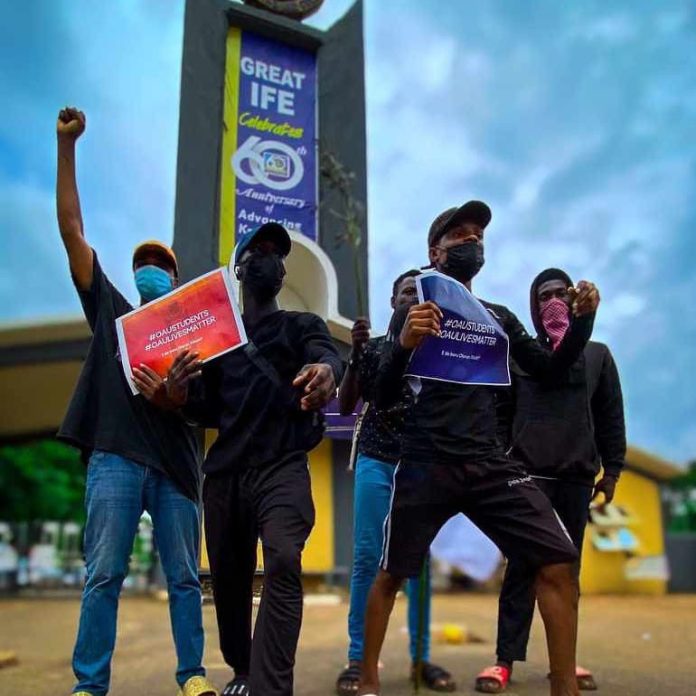 While events are still unfolding, following the “Return Home” order given by the OAU management, a lot of students have returned to their various homes with hopes that the institution will be reopened soon.

Recall that the school management in a Press Release, ordered students to vacate all Halls of Residence on Campus when protests got heightened, with students demanding to speak with the VC directly or no one else.

One would describe the OAU management’s quick decision to shutdown the campus as “the subtle art of not giving a f**k”, in spite of the fact that it is still running the 2019/20 Academic session.

Paying close attention to the Protests which took place at different strategic locations on and off campus, it is important to note that the attention of the school’s management was drawn, more importantly to the remote and immediate cause of it; what I tag the backdrop of the agitators’ action – infrastructural deficiencies of the school’s healthcare centre, which by extension, led to a colleague’s death.

The entire demonstration is one way to say that OAU students are not, and will not be daunted when it comes to fighting for their own freedom; at least, a 70% of the entire population.

Perhaps, you were unable to show up or join in the whole action, here are flashback images from the entire protest to feed your eyes with, come along!

Whether the demonstrators went too far or not by blocking federal roads would be left for you to decide within yourself. After all, we’re all entitled to our individual views.

You may want to share your thoughts with us, do that in the comments section below.

For more updates, join our Channel via the WhatsApp Icon below.