The difference between the ordinary and the extra-ordinary is the extra effort put in. There are many people of great value and influence in OAU but I picked 20 from different departments and faculties and I’d be saying a bit about these 20 and how they became well known.

This list is in no order of their popularity.

Olateju Timileyin James Tejulive is an undergraduate of Obafemi Awolowo University from the department of Family Nutrition and Consumer Sciences. He’s a sworn and well blown entertainer. He is also a lover of drumming. He has gotten numerous recognition in the entertainment sphere having gotten engagements on his social media accounts by Orezi, Tunde Ednut, Yabaleft, Zlatan, Djkaywise among many others. His entertaining skills made him well known amongst other students.

Agboola Esther Olasunkanmi well known as OAUBREZZIDENT is an undergraduate of Obafemi Awolowo University who’s from the great Faculty of Law and from Ogun State. She is the CEO of an NGO called Thenuturingsoulsfoundation which is geared towards reaching out to the less privilege. She’s also a lover of entertainment and would like to be an actress and a presenter. One of her noble acts was when she helped one of the OAU bike men to secure a new motorcycle and phone. She’s not new to fame as well having met Davido among several others.

Adebayo Mayowa Ayoade is an undergraduate in the department of Agricultural Economics. He is the CEO of Iconmayor and he operates the largest WhatsApp community on OAU campus. He has served as the Head Coordinator of academics in his Faculty. He is also a tech savvy person. He has been awarded the most popular male and best news agency in OAU among several notable awards. His life principle or philosophy of life is what he calls the “The Triple S” which means “The Secret to Success Is Service”.

BLAQBOO: Daniel Onafuye is a 300l undergraduate at Obafemi Awolowo University in the department of Sociology, he’s from Ogun State. He is one of OAU finest entertainer and the CEO of Blaqboo, an online TV. Aside being an entertainer and a PR, he is also into Network/ Affiliate Marketing and Crypto trading. He has also been awarded the Best Online TV. His main principles are consistency and discipline. He’s a great fanatic of movies.

Adebowale Damilola is a 400l undergraduate at Obafemi Awolowo University in the department of International Relations from Osun State. He is a popular Twitter Influencer, Digital Marketer and a Social Media Manager. He kickstarted the online movement of #OAUONLINECLASS on Twitter that birthed the current virtual class. He’s a great advocate of NGOs and helping others. His main principle of life is “Love God, help people to stay happy and be happy also”.

Oni Joshua who’s also known as Jislof is a medical student of OAU, a content creator, a brand influencer and fashion consultant.

Is a part 4 medical student is the CEO and founder of the largest online platform for OAU students on Fb containing over 200k students. His page has connected many aspirants and undergraduates to each other as well as spread information on the happenings on campus.

Adefioye Solomon Adelanaire Ewaoluwa, known as Ewa, is a part 3 student of dramatic arts. He’s a song writer and artiste who recently got signed by Don Crucifixto. He conducted the #deyforyouchallenge to say thank you to his teeming fans and he also rewarded their creativity with 200 dollars.

Ayandokun Tolulope Oreoluwa (Duke Of OAU) is a part 2 student of the department of English language. He got his fame from Twitter where he started with cruise, being the normal playful person he’s and someone who jokes with almost everything. He has brought many students together and represented OAU so many times. His motivation in life is to be definition of success and when young ones coming behind are asked for the definition of success his name should cross their heart.

Aduloju Ayodeji popularly known as Ayo Santos is part 2 student of
Political Science.
He’s a stand up comedian, Skit Maker, Event Mc and a media PR. He was the 2nd runner up of OAU Most Talanted 2019 of 31 contestants.
He performed at Kennyblaq’s show at amphitheater, Arole Campus tour, Tehilla concert, lucid Experience which laycon was the guest artist. He also got engagements on his social media accounts by Tunde Ednut.

Bowofade Michael who’s popularly known as Broda Gallant is an undergraduate of Obafemi Awolowo University from English department. He’s a content creator, brand influencer, event planner as well as a promoter, he’s well known for what he does.

Feyisayo Awopetu is a 200L Computer science and Engineering Student. She’s the founder of The Millennial Tribe which started August 2018.
In the same month it was founded it gained a lot of recognition and traction including the Southwest Nigeria Community Impact award. Feyi’s brand has helped a lot of students save and invest well. She’s also an ambassador for cowrywise.

Promise Isaac is a 400L Psychology student. He’s the founder of
ilead MULTICONCEPT CONSULT. He started as a brand officially in the year 2020. But he had started as a solo founder since 2015.
ILEAD BECAME HIT IN 2020 AFTER 6 MONTH OF OFFICIAL LAUNCHING. He’s a social media manager, business developer, project manager and also the president of a well known organization Junior Chamber International Nigeria OAU

Rotimi Stephen is a 400L student of the Faculty of Law. He’s into video skits, he had a show on campus with blaqboo, it was a hit back to back. He got the award for the best comedian and most talented Fajuyian, he also got a repost from Davido.
He’s well known among many OAU students for his entertaining video skits.

Olowookere Emmanuel is a 600L medicine student. He’s the founder of ÌTÀN, an online community with 1100 humans if budding impact, where stories and conversations that matters are shared to inspire Gen Zs and Millennials to achieve more. A brand that was founded May 2020. He was the Chief operating officer of the Echo digital, Executive producer of TEDxOAU, a brand developer and OAU director of imagine cinema. All these made him well known among OAU students.

Ibironke Silvanus is a part 3 student of Microbiology. He has been the serving classrep since part 1, he also served as National Association of Science Students (NASS) PRO, he’s currently the president-elect of Faculty of Science. He’s the founder of the Enlightenment, a brand he founded in the year 2018. The brand became a hit in the year 2019 and he became well known among students since then.

Felix Boluwaife Ayoola is a part 4 chemical engineering student. He runs Penseal, a brand he created in the year 2020. He’s also a tech guru and this made him popular among OAU students.

Sweetch is a 400L civil engineering student. He’s the founder of SWEETCH. He’s quite well known amongst OAU students

Aina Oluwatosin Who’s popularly known as THE COOPERATE EMCEE is a part 3 psychology student. He has anchored a lot of programs on campus which made him quite well known among OAU students.

This list is based on a personal research, there are still lots of OAU students that are well known and are not on this list, you can as well add them in the comment section. 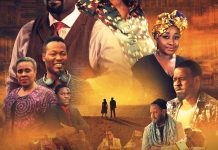 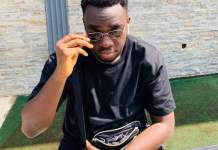 Meet IconMayor , CEO of the largest WhatsApp community on campus 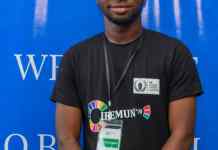