There are several higher education institutions in Nigeria and they are identified with different values and culture. Having looked into some histories of the best Nigerian Universities, we then resulted to these top 5 Universities.

University of Ibadan also know as UI; located in Ibadan, Oyo state. UI was established in 1947 as a college under the University of London, and it did not beckme an independent university till 1963. The college started with academic programmes in Arts, Science and Medicine. Chaired by Nde Joshua Mutka Waklek, the Sulta of Sokoto Saad Abubaka is the Chancellor while Professor Adebola Babatunde Ekanola is the present Vice chancellor of the University.

Situated with 13 faculties of which the Faculty of Basic Medical Science, Clinical Science, Public Health and Dentistry are part of the University College of medicine. There are 92 Academic departments in the University as well as 15 halls of Residence which accommodates about 30% of the total number of students.

In Sept 2016, it made the top 1000 Universities making it the first Nigerian University to get this ranking by Times Higher Education. It also made top 10 Africa Universities in Webometrics Rankings. UI is ranked as the best university in Nigeria and the 1196 in the world according to Webometrics . Also, it’s ranked the first degree awarding institution in Nigeria.
With it’s motto, Recte Sapere Dons meaning the Right thinking is the fount(of knowledge). It offers courses and programs leading to officially recognised higher institution degrees such as Bachelors degree, Masters, Doctorates etc.

University of Ife (Great Ife) as it was formally called before it was changed to OAU in 1987 in honour and remembrance of the first premier of Western region of Nigeria, Chief Obafemi Awolowo (1909-1987). OAU was established in 1961 and has its location in Osun state, Ile- Ife. Etsu Yahaya Abubakar is the Chancellor while Eyitope Ogunbodede is the present Vice chancellor of the institution.

OAU which comprises of 13 faculties is one of the largest universities in the country in terms of land mass. There are 9 halls of Resident which the school uses to accommodate its students in the University premises.

The school is however known for its remarkable impact in terms of producing productive minds who are impacting the country in their various fields. It’s also known for its Anti-social Cultism pursuit of which a remembrance is done every year for the leaders who lost their lives to bring the dream of ending Cultism into a reality (Afrika July 10,1999).

With its motto, for learning and culture actions are being consistently taken to promote it. It offers courses and programs that grant higher education institutions degrees such as Pre-bachelor degree (I.e Certificate of diplomas, etc) , Bachelors degree, Masters and Doctorate degree.

Founded by Dr Nnamdu Azikwe in 1955, with its location in Nsukka in Enugu state. UNN as its also called was formally opened on the 7th Oct, 1960 and it comprises of 4 campuses. It’s campuses are in Nsukka, Enugu, Ituku-ozalla and Aba in Abia State.
With its diligence in providing both academic and non-academic facilities to serve its students, UNN has 15 faculties which comprises of 102 academic departments. The present Vice chancellor of this indigenous institution is Charles Igwe Arizechukwu.

It is a non profit private higher institution with its location in Ota, Ogun state. Covenant University was established in 2000, but started fully in 2002. It is affiliated with a church in Nigeria, Living Faith Church also known as Winners chapel. Dr David O. Oyedepo is the Chancellor of the institution while Professor Abiodun H. Adebayo is the present Vice Chancellor.

Built around the following core values; Spirituality, possibility mentality, capacity building, integrity, responsibility, diligence and sacrifice. Embodied with its motto of Raising a new generation of leaders, Covenant University in 2019 became the first Nigerian University to be raised in the top 401-500 category of the world universities by Times Higher Education . It is a member of the Association of Commonwealth Universities as well as a member of the Association of Africa Universities.

University of Lagos, also called UNILAG was established in 1962, two years after Nigeria gained independence from Britain . UNILAG which is one of the first generation universities in Nigeria I.e the five first Universities established in Nigeria before and after 1960. It has 3 branch campuses It’s main campus in Akoka which then makes it have two campuses in Yaba, the last branch is located in Surulere .

The Chancellor of UNILAG is the shehu of Borno state Alhaji (Dr Abubakar Ibn Umar Garbai El- Kanemi) and the present Vice chancellor is Professor Oluwatoyin Ogundipe. It’s motto, In deed and In truth has consistently been their drive. As they are ranked among the top Universities in the world in major educational publications.

Note: All the above named universities aside Covenant University are part of the first generation universities and they are all non profit public higher education institutions.
Tell us what you feel about this list and if you have an alternate list kindly give us your list in the comment section.

How To Register Courses On OAU Eportal 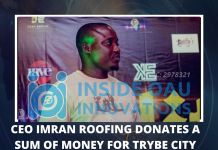 INSIDE OAU INNOVATIONS BOUNDS TO HAVE ITS HEADQUARTERS AS CEO ADEGBOYEGA ADESEGUN AYYUB DONATES A SUM OF MONEY FOR SUPPORT.

Special release to students in the various halls of residence

How To Set Up A Good Academic Foundation As A Fresher.