#EASTER: All You Need To Know About Easter Celebration. 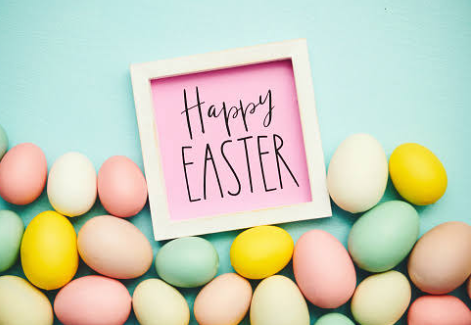 Easter also known as Passover and Pascha( in Greek) festival is considered the most important celebration among the Christians. Easter is both a Christian festival and cultural celebration. It is celebrated by Christians to commemorate the sufferings, death and resurrection of the Lord Jesus Christ, this is towards the fulfilment of the prophecy of Prophet Isaiah (Isaiah 53:3).

The crucifixion, death and resurrection of Christ on the third day is the hope of every believer, because Christ’s death on the cross of Calvary is to make propitiation for every human sin and to unveil the barrier between God the creator and man the creation (that is; his resurrection give us unhindered access to God Almighty) and because he died and rose again and he ascended to heaven, it satisfies our doubt that truly he is coming back as he promised.

Easter is celebrated culturally to mark the commencement of another season (spring time). Easter was coined from the word ‘Eostre‘ meaning renewal or fertility and it is used to celebrate a pagan goddess.
Passover celebration is significant to the Israelites ( Jews) because it commemorates their emancipation from the Egyptian slavery.

Jesus Christ died during the Passover celebration and he resurrected on the third day, because of the coincidence of this two great events Easter is being celebrated together with the Passover on March or April 14, But there arose a controversy between Christainity and the Judaism( Christianity is from Judaism). Emperor Constantine scheduled a meeting with Christian leaders to finalize the most-fitted date to celebrate Easter, the leaders agreed that it should be celebrated on a “Sunday” not on the 14 of the month or after the first full moon of the vernal equinox, since Christianity is completely different from Judaism in beliefs and doctrine. However the date is not fixed.
Easter is celebrated on Sundays, but it starts with some period of fastings( 40days) called the period of Lent. The season of lent is for Christians, a time for sober reflection, making sacrifices, love and giving to people in need of help.

Easter celebration from the week before called “Holy week” with Holy Monday and Holy Tuesday
Holy Wednesday/Ash Wednesday ( it was established by Pope Gregory).
Maudy Thursday/Holy Thursday/Last supper
Good Friday ( the day Jesus Christ died on the cross of Calvary for the sin of all humanity)
Black Saturday ( observed with a Easter vigil)
Easter Sunday. The week after Easter is known as the Easter season.

Easter festival is more popular in America among the Catholics than the Protestant, but the foundational doctrines of every Christian denomination is based on the triumphant death and resurrection of Christ on the third day.

Easter is Celebrated culturally with Colourful eggs which symbolizes death and rebirth of nature ( after the death of Winter) and Easter Bunnies a symbol of fertility in honor of the god of fertility.

Conclusively, Easter season is not the period of eating, drinking and making merry alone but as Christ commanded it’s the time for appreciating the finished works of Christ for every man and reaching out to the unsaved world and radiating his light on every creation.