Every Fact You Need To Know About Gubernatorial Candidates: Ademola Adeleke and His Deputy 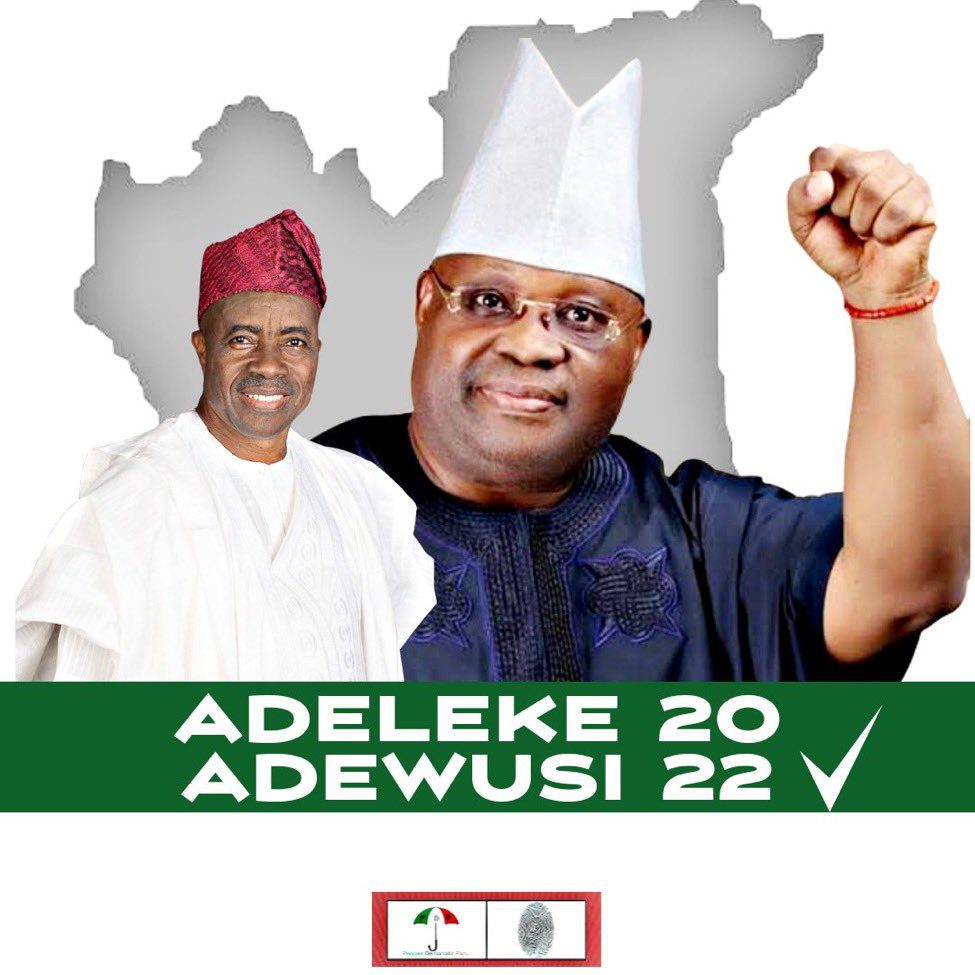 Senator Ademola Nurudeen Jackson Adeleke popularly known as the Dancing Senator, was born on the 13th day of May, 1960 (62 years of age) to the family of Mr Raji Ayoola Adeleke, a Muslim and his wife Mrs Nnena Esther Adeleke, a Christian

He is the third of three Children, his elder siblings are; Dr Adedeji Adeleke and Late Mr Isiaka Adeleke.

Read Also: Aliko Dangote is now the 63rd richest person in the world with a net worth of $20.2 billion

Mr Adeleke is married to Mrs Titilola Adeleke blessed with children, he is a Nigerian politician and entrepreneur (businessman).

He continued his higher studies in Jacksonville State University, Alabama in the United States, he majoured In Criminal justice and minored in Political science.

Upon many controversies about his certificate, he enrolled at Atlanta Metropolitan State College in the United States, where he obtained a Bachelor of Science degree in Criminal Justice in 2021.

You Should not miss: Top 10 Most Educated States In Nigeria

He started his political ambition in 2001, alongside his late brother, Mr Isiaka Adeleke. He represented the Osun-west senatorial district from 2017-2019.

He contested at the Osun west 2017 by-election, emerging as the winner under the People’s Democratic Party, he ran for Osun state governorship election against top contenders Alhaji Aboyega Oyetola of APC and Iyiola Omisore of SDP in 2018, he emerged as the winner but the Independent Electoral Commission (INEC) declared the election ‘inconclusive’, the state reran the election, after which the Supreme Court declared Adegboyega Oyetola as the authentic winner of the 2018, Osun state governorship election on Friday, July 5, 2019.

Mr Adeleke of the People’s Democratic Party had been affirmed by a Federal high court as the authentic candidate of the forthcoming July 16 governorship election in the state.

The PDP has presented Mr Kola Adewusi as the running mate to Senator Ademola Adeleke.

Mr Kola Adewusi, a 62 year old man, a GCE holder, chairman at Molodo International Company Limited, Nigeria, also a farmer, was presented by the PDP as the running late to Senator Ademola Adeleke.
He had served as a chairman of Ife East Local Government Area, Osun state between 2004 and 2007.

He was appointed as special aide to former governor Olagunsoye Oyinlola during his tenure.

Adeleke said he decided to pick him because the duo shared a common goal of rescuing Osun state from bad governance and they are determined to set the State in a path towards recovery.

Kola Adewusi, promised to serve with diligence and total cooperation with Adeleke, if the party emerge victoriously in the forthcoming election.

This is all you should know about Osun state PDP Gubernatorial candidate for the upcoming election.