Week 2 Of BBN: 7 Hot Highlights With The Level Up Housemates 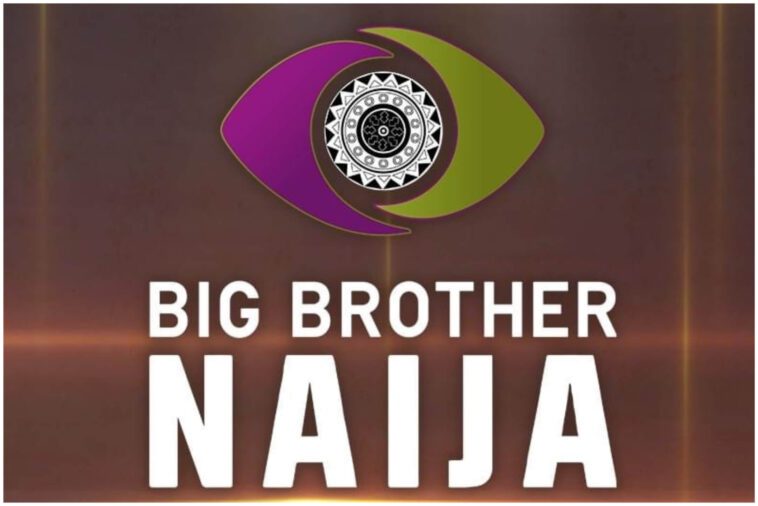 The second week of the Big Brother Naija Season 7, Level Up, has ended and we have brought to your doorstep 7 hot highlights of what the Level up housemates have been up to this week. These highlights are fully packed with rocked ships, the disqualification of a drama queen, hot intimate moments, and lots more.

Daniella and Khalid have pulled a fast one on the viewers as they got intimate under the sheets. However, their intimate moment was interrupted by Kess who entered the room after he took his shower to get dressed. But it seems their bond was unbreakable as they weren’t moved by his entrance and they held the bedcover over their head firmly.  Kess got curious while dressing and kept glancing at the bed.

Ilebaye also walked into the room after Kess did, followed by Bryann. The bonding lover’s intimate moments ended when Biggie summoned them. When it was bedtime, the two hopped into bed together to catch up on what they started in the afternoon.

Quarrels are inevitable in social interactions and the housemates had their share of it when Chichi misunderstood Sheggz when he said she would be classified as “Gen-Z”. Chichi thought Sheggz had meant it in a bad way and flared up.

However, her fellow housemates, in a bid to make the tension alleviated, explained that she had misheard Sheggz. This explanation made Chichi apologize, but Sheggz was reluctant to acknowledge the apology.

Even amorous interactions get frictioned as Sheggz found himself in a tight box with Bella whom he seemed to be attracted to, she was telling him that she needed some space as he had been close-marking her since.

However, Sheggz proved persistent in his advances and tried convincing Bella of his pure intentions but it looks like Bella was reluctant in having anything to do with going onboard ships.

Incase you missed it: Top 5 Most Handsome Housemate In BBN Season 7 (Level Up)

Hermes had the biggest win of the week while his level mates, Chichi and Dotun, made tails. Hermes breathed a huge sigh of relief when he realized that he was winning the HOH against second-time HoH finalists Level 1’s Dotun and Level 2’s Cyph. It was the second time that Level 1 won the Head of House challenge.

There was complete silence as the housemates tried their level best to get their hands moving in the right direction. They scrutinized each of the eight wrist watches on all the stools to determine who would make it to the next round.

Level 1’s Dotun and Hermes as well as Level 2’s Cyph, qualified for the next Challenge. It was the second time in a row for Cyph and Dotun to make it that far in the HoH Challenge.

Dotun was the  first to drop his ball and had to return to the start and so did Hermes while Cyph on the other hand was having it easy. However, it didn’t take Hermes long to master the art of the game and opted to take it slow as opposed to bouncing all over the place, a tactic that made the other two contenders follow suit.

Amaka, Christy O, Cyph, Khalid, and Phyna were up for eviction!

It was a real eviction this time around and after much deliberation with his fellow housemates, the HoH, Hermes, went to the Diary Room as the Head of House rather than as a mere housemate.

Amaka, Christy O, Cyph, Khalid, and Phyna are the first Big Brother Naija Level Up housemates to be nominated for a real eviction.

Hermes held the sole privilege of nominating as the HOH and though he discussed it with the Level 1 Housemates, he was under no compulsion to adhere to it but he did.

Hermes confessed that the nomination process was not an easy one because of the bond they had developed with the Level 2 housemates. However, it is a game and they had to maintain their membership in the house as long as they could.

He gave some reasons for nominating those he nominated and the reasons were;

READ ALSO :-  10 Types Of BBN Viewers We Come Across Every Season

Biggie broke the news to the level 2 housemates and warned the five people who were nominated not to campaign for votes or talk about their nomination. The nominated ladies were very emotional after hearing the news of their nomination but their fellow Housemates reassured them that it was all a game and everyone would get nominated at some point. The guys tried to stay calm but they struggled to accept it.

Cyph and Christy O didn’t make it to the third week.

Big Brother started the Wager Presentation for the week with a note to the housemates about sportsmanship. He welcomed the two levels to the Arena and engaged them in a heads-or-tails game to determine which level would start and the result made Level 1 start.

Adekunle introduced the game and explained the rules to the level 1 housemates. He stated that the game was called ‘bum ball’ and that Housemates were to pass the ball to one another using their bum. Hermes joined Adekunle as the second commentator for the game which made it an interesting session.

When Level 1’s game ended, the cheerleaders from Level 2 cheered their fellow housemates on before their game started. Cyph explained the rules of the game and he said Level 2 housemates would be divided into two teams.

The game, where both teams in Level 2 make attempts to hit as many of their opponents as possible with water balloons, concluded with just Groovy and Khalid.

When the game was over, Big Brother invited someone from Level 1 to give an analysis of Level 2’s game. Sheggz told the Level 2 Housemates that their sport was not competitive.

After Sheggz gave his opinion, Big Brother invited Level 2 to give their analysis of Level 1’s game. Beauty said she felt Level 1’s game was vague. She said she was confused about the rules of the game and that it was not interesting.

Big Brother then announced that Level 1 Housemates won the Wager. He told the winners that they each get 1500 Pocket Naira to spend on next week’s shopping.

Level 2 housemates were disappointed and it was evident on their faces. Bryann felt cheated as he felt that Level 1’s presentation was not as good as theirs. His annoyance doubled when he realized that the loss came with less food in the house. He complained that the last time he had to struggle for food was when he was in university.

The Level 2 Housemates supported his stance and Christy O said she didn’t understand the rules of their game and how they won.

6. Beauty Got Crowned As The “Best in Toxicity”

Beauty has been causing problems. Her behavior so far has made people conclude she deserves the Miss Nigeria title as she is as toxic and full of insecurities as Nigeria.

She got angry at Groovy for dancing with Chomzy and accused him of making her an object of ridicule for Ilebaye as she made fun of her when he was dancing with Chomzy. Beauty also body shamed him as she said he had a small pr!ck in the presence of the housemates.

She has been disqualified today after earning a double strike apart from the one she earned in the first week. Her toxicity and troubles have finally gotten her stay in the house to an abrupt end.

7. Confession of Love and Ships

It seems Eloswag and Phyna’s long-distance relationship has crashed as Eloswag seems to be more interested in Chomzy than he is in Phyna.

Deji told Modella that he liked her. Seems the person who was told to break ships is about to get onboard a ship right now.

Besides, Chomzy has caused trouble between two ships in the house, isn’t she doing the job Big Brother told Modella to do?

This Sunday featured the wicked producer, Young John, and two new housemates, Chizzy and Rachel, made their way to the Big Brother House as riders (housemates with immunity).

This week had all the juice so stay tuned while we bring you weekly recaps of moments you shouldn’t miss. 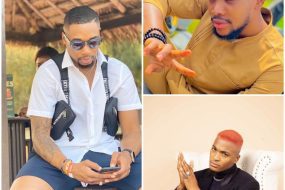 Top 5 Most Handsome Housemate In BBN Season 7 (Level Up) 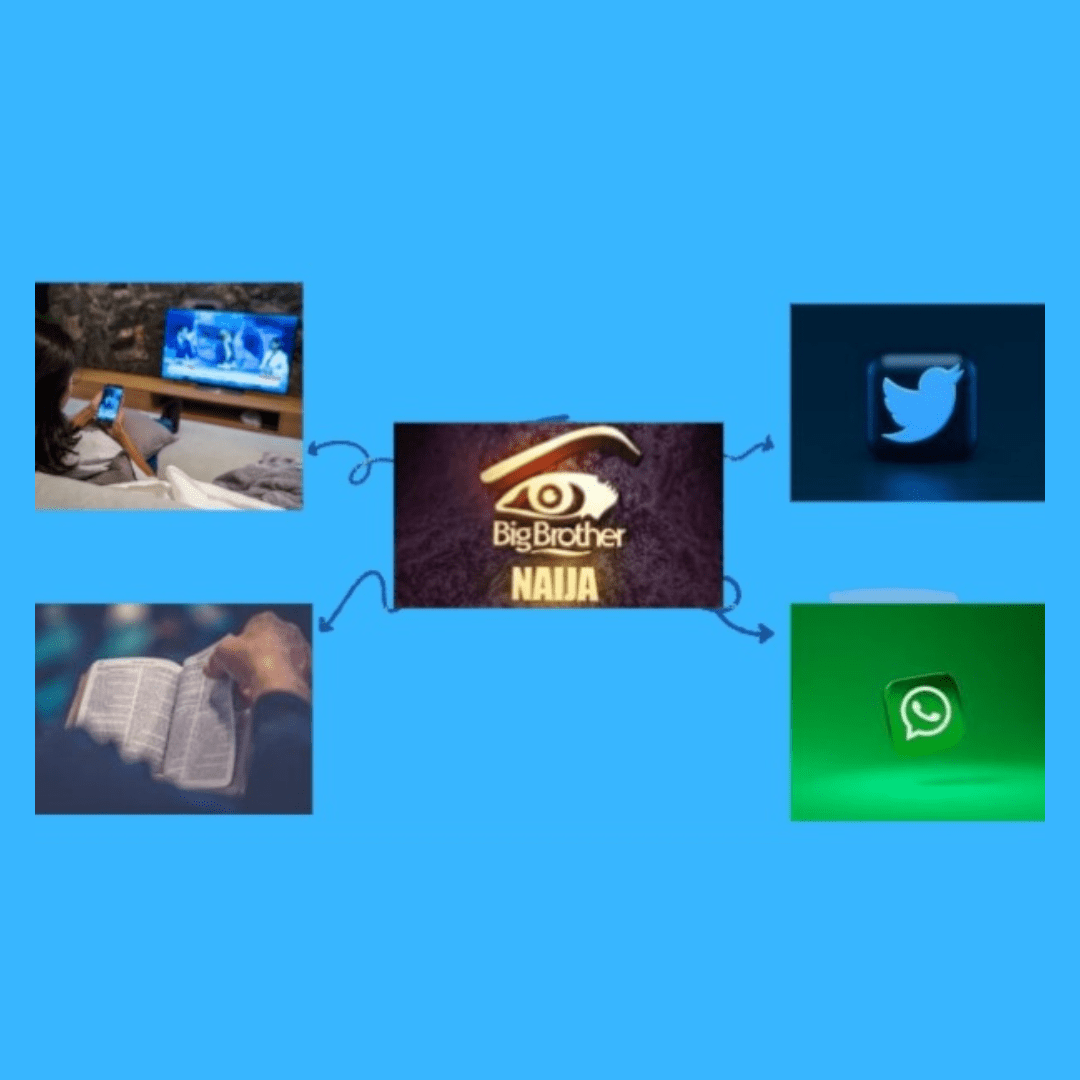 10 Types Of BBN Viewers We Come Across Every Season