The Obafemi Awolowo University branch of the Academic Staff Union of University has today resolved to roll over the strike indefinitely. The decision was made at the congress held today 23, Aug. 2022 by 11am. The strike started on the 14th of February, 2022 and has been on for over 5 months. This strike came about as a result of the inability of the F.G to meet up with their demands.

In a memorandum released by the University branch today the following was said; 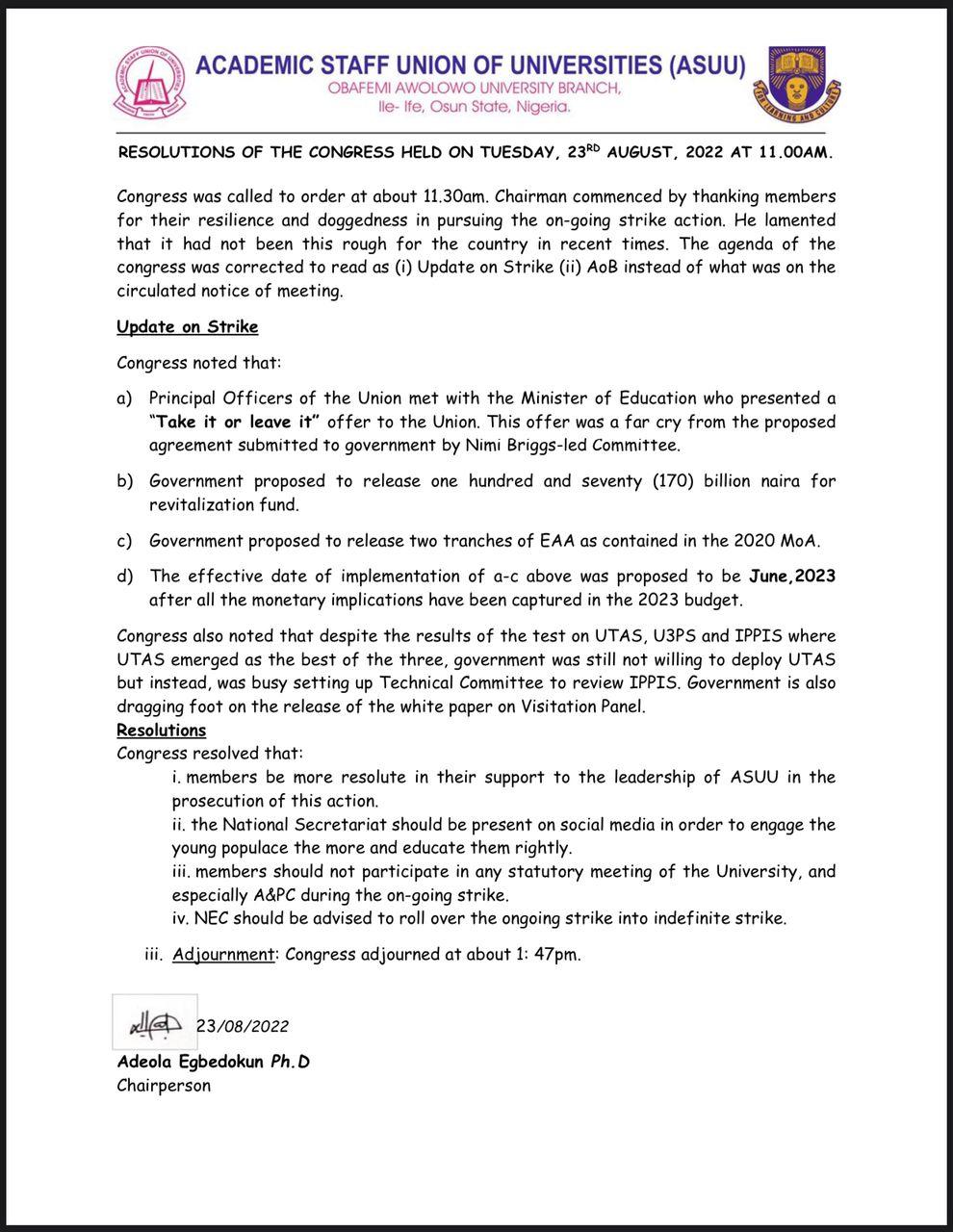 Congress was called to order at about 11.30am. Chairman commenced by thanking members
for their resilience and doggedness in pursuing the on-going strike action. He lamented
that it had not been this rough for the country in recent times. The agenda of the
congress was corrected to read as (1) Update on Strike (ii) AoB instead of what was on the
circulated notice of meeting.

READ ALSO :-  TOP 20 popular OAU slangs you need to know as a student

a) Principal Officers of the Union met with the Minister of Education who presented a
“Take it or leave it” offer to the Union. This offer was a far cry from the proposed
agreement submitted to government by Nimi Briggs-led Committee.
b) Government proposed to release one hundred and seventy (170) billion naira for
revitalization fund.
c) Government proposed to release two tranches of EAA as contained in the 2020 MOA,
d) The effective date of implementation of a-c above was proposed to be June, 2023
after all the monetary implications have been captured in the 2023 budget.
Congress also noted that despite the results of the test on UTAS, U3PS and IPPIS where
UTAS emerged as the best of the three, government was still not willing to deploy UTAS
but instead, was busy setting up Technical Committee to review IPPIS. Government is also
dragging foot on the release of the white paper on Visitation Panel.

READ ALSO :-  IOI's February challenge, all you need to know

i. members be more resolute in their support to the leadership of ASUU in the
prosecution of this action.
ii, the National Secretariat should be present on social media in order to engage the
young populace the more and educate them rightly.
iii, members should not participate in any statutory meeting of the University, and
especially A&PC during the on-going strike.
iv. NEC should be advised to roll over the ongoing strike into indefinite strike.

With the hopes of many OAU students raised, it soonest was shattered. This has further dampened their spirits as this news comes across as disappointing. Several students have trooped online to register their displeasure. At this point, we can only wait and see what happens next as we hope for the best.
What’s your next step as an OAU student? Have you moved on with life, or moved to a private school? Are you still a mummy’s boy, having to continue your daily errand boy lifestyle, abi you don already Japa from the country and you no let us know?
Oya tell us where you dey and what’s your opinion on the decision made. 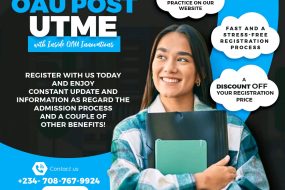