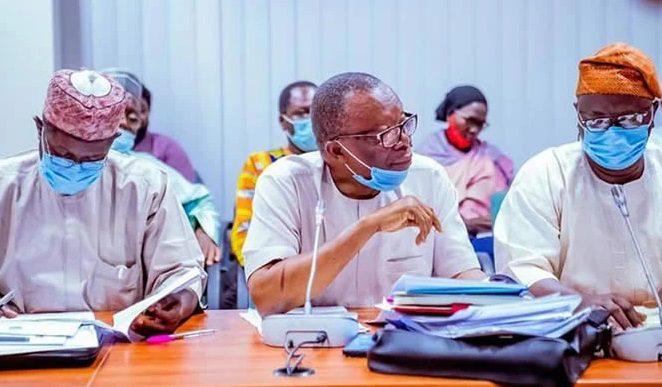 The Federal Government, through the National Universities Commission, on Monday, withdrew its circular which ordered vice-chancellors, pro-chancellors and governing councils to re-open federal universities.

A circular tagged NUC/ES/138/Vol.64/135 was addressed to all vice-chancellors, pro-chancellors, and chairmen of governing councils of federal universities, ordering them to re-open universities.

However, in another circular tagged NUC/ES/138/Vol.64/136, which was also signed by the NUC Director of Finance and Account, Sam Onazi, the commission withdrew the order without giving reasons.

“Consequently, the said circular stands withdrawn. All pro-chancellors and chairmen of governing councils, as well as vice-chancellors of federal universities, are to take note. Further development and information would be communicated to all relevant stakeholders.”

Meanwhile, the Committee of Vice-Chancellors of Nigerian Universities has said it did not receive any official information on the call for resumption by the NUC or any government ministry.

The CVCNU Chairman, Prof. Samuel Edoumiekumo, said the use of force on the lecturers would not produce any fruitful outcome.

Edoumiekumo said, “Force will not lead to anything meaningful. It will not help. I’m still suggesting that all stakeholders should meet and resolve this issue amicably. If you bring them to school, students will just be roaming up and down, and you will cause more crises.”

Similarly, the Academic Staff Union of Universities’ National President, Prof. Emmanuel Osodeke, maintained that members had announced that they were on strike, saying the government had yet to meet their demands.

He said, “We have announced that we are on strike. If they want to reopen, they should reopen. They have taken us to court, and we have also appealed the judgment. Ask them if they have signed the agreements we had with them. Have they implemented our demands?”

Before the release of the withdrawal circular, a senior management member in a high-ranking federal university in the South-West, in an exclusive chat with one of our correspondents in Abuja, had said that in line with the FG’s order to reopen schools, attendance registers would be opened for lecturers to sign in and amended timetables would be released to the public.

The senior member said, “Attendance registers will be opened while amended timetables of events will be made available to students. Notices will also be posted across the board, so no one will say they are not aware.’’

The Federal Ministry of Education noted in a separate report on Monday that the ongoing ASUU strike has hampered the payment of bursaries to university students.

The Ministry’s Permanent Secretary, Andrew Adejo, made this known during the 2022 World Teachers’ Day press briefing held in Abuja.

Adejo said, “The implementation of the payment of stipends has commenced. However, due to the strike, we have not been able to get the data of all the students in universities. We only have seven per cent of the required data to be processed for payment.”

The National Industrial Court of Nigeria on Wednesday ordered the Academic Staff Union of Universities to call off its ongoing nationwide strike embarked on since February 14 to press home its demands .

The University of Ibadan ASUU Chairman, Prof. Ayoola Akinwole, in a statement on Monday, said there would be no teaching until ASUU’s demands are met and the strike is suspended.

The ASUU boss emphasised, “Our members will have nothing to either do with teaching, supervision or attend statutory meetings until our demands are met and the strike is suspended by the leadership of the union.”