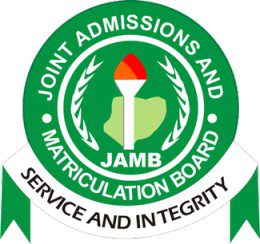 The Joint Admissions and Matriculation Board said it had come out with new guidelines to ensure seamless conduct of future operational processes, including the Unified Tertiary Matriculation Examination.

The board made this known in its Weekly Bulletin of the Office of the Registrar on Monday in Abuja.

The board said the development was released in a communiqué issued at the end of a five-day brainstorming retreat for management staff held from Sept. 19 to Sept. 23 in Abuja.

It added that the modifications included new ways to further strengthen the conduct of the UTME accreditation centres, registration of candidates, examination process, results management and general administration.

“It became necessary for the board to modify its operations towards achieving far-reaching improvements on various issues emanating from the registration process and biometric challenges, among other operational procedures.

“Hence, no new Computer-Based Test Centre would be accredited without meeting the new requirements.

“To this end, new CBT centres must use laptop computer systems as clients, zero thin-dients or Remote Desktop Protocol would no longer be accepted.”

JAMB added, further reiterated that no CBT centre must install any clients with less than 2 gigabyte (2GB) RAM.

“It is now mandatory that Autobot system should be used for the accreditation of CBT centres; there should be three Autobot tests: Pre-accreditation during Mock – UTME and the dummy examination.”

This, JAMB said, would be held a day before the UTME to confirm the readiness of the centre.

The board noted that another key reason for the decision was to prevent IP address duplication and abuse.

It also said that one of the resolutions at the retreat was the decision to widen the scope of accredited CBT centres.

Each of the centres, the board said, would now have two additional registration outlets within their state of operation.

Prof. Is-haq Oloyede, Registrar, JAMB was quoted in the statement to have warned that, cybercafes and tutorial centres had been prohibited from participating in any of the board’s exercises.

Oloyede said that no CBT centre would be allowed to collaborate with the prohibited group, adding that any violation of the directive, whether in part or whole, would lead to the revocation of the licence of the erring CBT centre.

The registrar was further quoted as saying that biometrics of all accredited CBT centre registration officers would be captured ahead of the exercise.

This, he explained, was because the board as a proactive agency must move with the tide to stay ahead of the machinations of cheats and safeguard the integrity of the system.

“Their registration slips would be colour-coded and visually different from those for other candidates.

“Such candidates would sit their examination in Abuja on the last date of the national examination calendar and their results would not be released until after being subjected to proper scrutiny.

“Furthermore, as a requirement for printing registration slips, a candidate must use at least two fingers and any of the two fingers taken would be used for biometric verification prior to entering the examination hall on the day of the examination.”

He further directed that the two verifiable fingers of all candidates must be consecutively indicated on the candidates’ registration and examination slips.

The Registrar also said that to further consolidate its data collection efforts, the board would consider separating UTME registration from that of Direct Entry beginning from 2023.

He added that to further condone illegal admissions and printing of indemnity forms, all candidates’ registrations, including UTME, DE and others, must be completed with fingerprint authentication.

He said: “The same must be used for the printing of registration slips and indemnity forms while Institutions must declare and provide the list of candidates admitted behind closed doors before the affected candidates could apply for condonement of Undisclosed Illegal Institutional Admissions.”