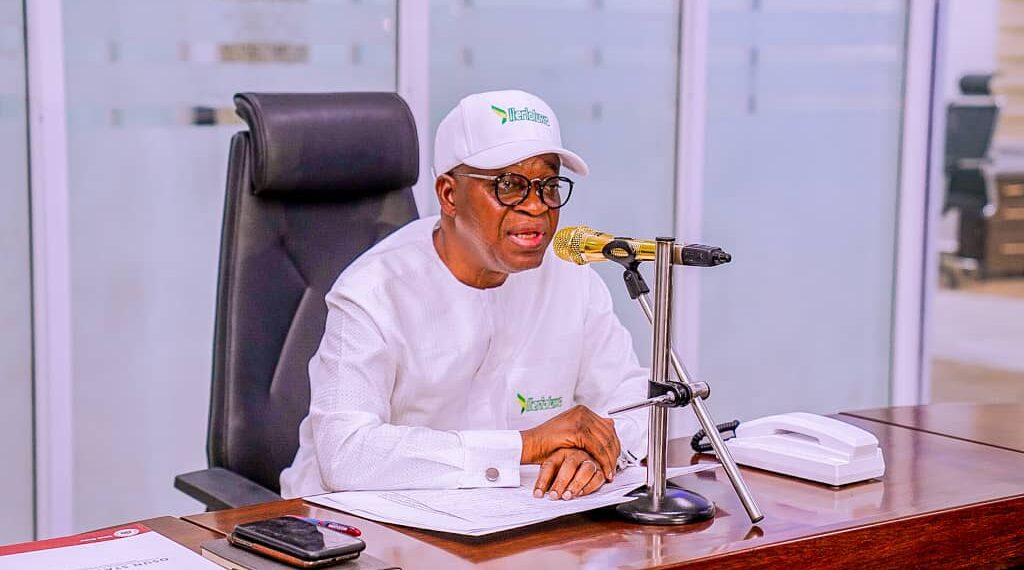 A Federal High Court, Abuja, on Friday, nullified the nomination of Governor Gboyega Oyetola of Osun as the All Progressives Congress (APC)’s candidate in the 16 July governorship election.

Justice Emeka Nwite, in a judgment, nullified the candidacy of Mr Oyetola and his deputy, Benedict Alabi, on the grounds that Governor Mai Mala Buni of Yobe, who submitted their names to the Independent National Electoral Commission (INEC) violated the provisions of Section 183 of the Constitution of the Federal Republic of Nigeria and Section 82(3) of the Electoral Act, 2022.

The News Agency of Nigeria (NAN) reports that the Peoples Democratic Party (PDP) had filed the suit against Governor Buni, Governor Oyetola, and others.

The PDP, through its counsel, Kehinde Ogunwumiju, SAN, had, on 7 April, commenced the suit, challenging the nomination and sponsorship of Mr Oyetola and his deputy as the duly nominated candidates of the APC for the recently concluded governorship poll, in which Ademola Adeleke was declared the winner by INEC.

Challenging the competence of the suit, Kunle Adegoke, SAN, who represented Mr Oyetola, had contended, amongst other grounds, that the PDP did not have the locus to commence the action and that the suit was statute-barred.

But Mr Ogunwumiju argued that the plaintiff (PDP) rightly commenced the suit under Section 285(14) (c) of the Constitution of the Federal Republic of Nigeria 1999 (as amended).

Delivering the judgment, Mr Nwite agreed with the submissions of the PDP counsel and declared as null and void, the nomination of Messrs Oyetola and Alabi by the APC.

The court also held that Mr Buni acted in contravention of the provision of Section 183 of the Constitution when he held dual executive positions as the Governor of Yobe and the Chairman of the National Caretaker Committee of APC.

The court said the decisions taken by Governor Buni, including forwarding the names of Messrs Oyetola and Alabi to INEC, amounted to a nullity in law.

NAN reports that INEC declared the candidate of the PDP, Mr Adeleke, the winner of the 16th July Osun governorship election.

The returning officer for the election and Vice Chancellor of the University of Lagos, Oluwatoyin Ogundipe, announced that Mr Adeleke got a total of 403,371 votes beating the incumbent, Mr Oyetola of the APC, who got 375,027 votes in a keenly contested race.